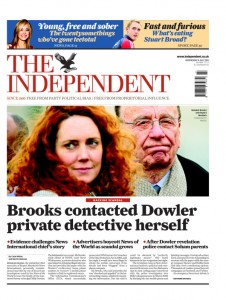 The whole story is just surreal. This is essentially the sort of pernicious conspiracy that you find in the plot of a Bond film, but instead of it being incredibly cunning, involving underground lairs and stuff, it has just amounted to raincoated hacks doing something really really simple: something that only a real scumbag would do.

And that, in a nutshell, was their cover: the trusting belief of most people that nobody would stoop so low.