There’s a row going on, down at the East London Mosque. As usual, the row is about homophobia.

Here’s the story in a nutshell. The East London Mosque and London Muslim Centre have been in the spotlight because of their  history of hosting meetings with outspoken hate preachers who have endorsed anti Gay bigotry, including support for the execution of Gay people, and even incitement to attack them. The issue came to a head following the “Gay Free Zone” poster affair, which encouraged LGBT activists to demand that the ELM/LMC stop hosting speakers with a track record of incitement against Gay people.

The ELM/LMC responded by announcing:

Any speaker who is believed to have said something homophobic will not be allowed to use our premises, whether that is us organising an event or someone else. As for the condemnation of homophobia, our director has gone on the record on this.

Andrew Gilligan in The Telegraph was sceptical:

The East London Mosque’s response to accusations of extremism has three stages. First there are the injured protestations of its deep commitment to community cohesion, democracy, etc, often accompanied by straightforward lying…Then there are silly legal threats from its libel lawyers, again often based on lies: tedious, but perfectly easy to see off if you know what you’re doing.

Finally, if none of that works and their backs are absolutely against the wall, the mosque will crank out one of their statements claiming they’ve banned hate preachers. The supply of bad guys will dry up for a month or two, then as soon as the coast is clear they’ll start creeping back again. Let’s hope it’s different this time. But you’ll forgive me, I’m sure, for being a little sceptical about the East London Mosque’s “good faith.”

The ELM/LMC has been at Stage 3 for about a year now: largely as a result of their exposure as a base for Anwar Al Awlaki fans.  Because they’re still deeply ideologically and politically committed to their constituency of hate preachers and Islamist political groups, they’ve managed to square the circle, by participating in such events, held at alternative venues.

As you can see, the event – grotesquely called “Pride” – also featured Shaykh Abdul Qayyum, the Imam of the East London Mosque (and signatory of the pro-Hamas threat, the Istanbul Declaration). This event was effectively an away-day for the usual suspects, while the ELM/LMC venue is closed to them. Qayyum’s participation demonstrates the ELM hierarchy’s continuing support. 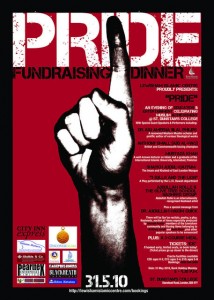 This week’s scandal arises from the East London Mosque and London Muslim Centre’s hosting of and active participation in a campaign to encourage Muslim parents to withdraw their children from sex education classes.

The campaign has been run for the past few years by Yusuf Patel, a recently departed member of Hizb ut Tahrir whose brother formerly ran that party. He is now a supporter of the even more extreme hate preacher Haitham Al Haddad, and a fan of Muhammad “alhamdulillah I’m homophobic” Alshareef: 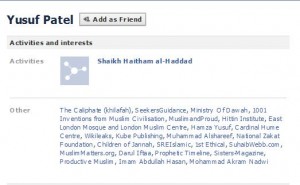 Here is Yusuf Patel in action at the ELM/LMC in 2009, promoting his “no sex education for Muslim kids” campaign. As you can see, he is preoccupied with homosexuality.

Homosexuality must not be “normalised” in childrens’ minds and teaching about it is “unacceptable”:

Homosexuality is an “unacceptable life style choice”, and parents should withdraw their children from lessons covering this subject:

The campaign is backed by the East London Mosque:

Andrew Gilligan picked up on the meeting, and pointed out that by hosting Yusuf Patel and his roadshow, the ELM/LMC was in breach of its undertaking:

Patel is such a speaker. He should have been banned. But instead, Patel and the ELM/LMC are joining forces.

The ELM’s defence is pitiful:

The facts are these:

They then go on to attack Andrew Gilligan.

Let us take a step back here.

First of all, this event is principally a story because the ELM/LMC gave an undertaking to ban homophobic speakers from their premises. That was a lie. That last week’s presentation concentrated on objections to “animated scenes of (heterosexual) intercourse being shown to their children” is neither here nor there.

Secondly, there is a world of difference between a cleric taking the view that homosexual conduct is one of many regrettable failings of post-lapsarian humanity, and an obsessive, hateful and nasty focus on the supposed evils of Gays and the danger presented by those who promote tolerance towards them.

Here is a parallel. I’d expect a Christian vicar to take the view that his religion was the only path to salvation, and that those who convert to Islam will not be “saved”. However, what would you say of a vicar who held a public meeting to encourage parents to withdraw their children from R.E. lessons where Islam was being taught, and who railed against the Islamisation of Britain, and the “normalisation” of Islam as a “religious choice”?

Have a look at the campaign group that the East London Mosque and SREIslamic have partnered with: the Society for the Protection of Unborn Children (“SPUC“). SPUC is a group whose anti abortion stance is absolute: they would provide no exception to the rule that a pregnant woman must bring a pregnancy to term. SPUC is run by a man called John Smeaton, who is similarly preoccupied by homosexuality. He also attacks senior Catholics and (relatively) liberal Catholic activists, whose opposition to homosexuality he regards as insufficiently strong. As far as Gays are concerned, Smeaton is a Pastor Terry Jones-like character.

Here’s the final point. As far as I’m concerned, private religious beliefs are nobody’s concern but the individual and the religious community to which they belong.

However, the East London Mosque and the London Muslim Centre are not private institutions. They receive public funds – lots of it. Over the last five years, they’ve had £2.5 million in grants, £196,000 for “community cohesion” work and a further £28,500 for “preventing violent extremism”. As far as I’m concerned, if you take a penny from the state, your conduct becomes a matter of public concern.

Moreover, this is not a sermon: it is a political campaign. Yusuf Patel is not an Imam, but a political activist. The East London Mosque has endorsed his campaign, and has entered into an alliance with the SPUC.

Here’s a final thought to take away. The SPUC Director, John Smeaton, tells us:

The meeting was also briefly addressed by Councillor Ollur Rahman of Tower Hamlets Council, the council’s cabinet minister with special responsibility for children’s services. He assured the meeting that he supported the parents’ concerns about sex education in Tower Hamlets schools.

So, not only is this campaign backed by the East London Mosque.

It appears also to be supported by Mayor Lutfur Rahman’s own administration.