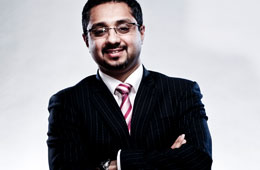 Mr. Raed Salah and the Secretary of State for Home Department

Mr. Salah arrived in London on Saturday 25th June 2011 using his Israeli Passport. He was not aware of any purported exclusion order made by Secretary of State for the Home Department and was allowed to enter the country without objection.

During the late evening of 28th June Mr. Salah was arrested and detained under provisions of the Immigration Act. He was informed that he was subject to a deportation notice as the Secretary of State deemed his deportation to be conducive to the public good.

Mr. Salah was invited to the United Kingdom to speak at a series of public events and to participate in roundtable discussions at the Houses of Parliament with MPs, Lords and researchers.

Mr. Salah considers the Secretary of State’s decision to be without merit and will challenge the lawfulness of this decision in the Courts.

Tayab Ali, solicitor for Mr. Salah says ‘Mr. Salah was in the UK to discuss the recent globally important developments in the Middle East with Parliamentarians and members of the British Public. To deport such an important and significant Palestinian activist is counter productive and acts against the principles of democracy that the British government states it wishes to export to that region’.

Mr Ali has a niche practice.

Here is Tayab Ali, the instructing solicitor for Hizb ut Tahrir’s attempt to get its ban overturned, in the European Court of Human Rights. Ali instructed Keir Starmer, now the Director of Public Prosecutions, to lead the Hizb ut Tahrir team.

Here is Tayab Ali trying (and ultimately failing) to get the hate preacher Zakir Naik admitted to the United Kingdom.

Here – via a 7/7 Troofer site – is Tayab Ali reading out the statement of his client, Salahuddin Amin. Amin was a defendant in the “Operation Crevice” trial, where a number of jihadists conspired to create bombs out of fertilizer, and detonate them near “dancing slags” and Jews.

This is what Mr Ali had to say:

In the name of God, the most compassionate, the merciful.

An outrageous confidence trick has been played on the jury, and against me.

I was convicted by false evidence and the fruits of torture.

I told the jury the truth.

According to The Muslim News, on December 7 one of Abdullah’s front organisations, the Middle East Monitor (MEMO), held an event entitled ‘Universal Jurisdiction Against Israeli War Criminals’.  The keynote address, read by Abdullah, “highlighted the importance of implementing universal jurisdiction against Israeli war criminals.” Present at this seminar were two of the individuals who would later play roles in either securing or supporting the arrest warrant for Livni: lawyers Daniel Machover and Tayab Ali.  According to the Sunday Times, Ali is the “lawyer believed to be behind the Livni case…who has a track record of representing high-profile terrorist suspects and those accused of extremist views.” Ali was also behind an attempt earlier this year to issue a similar warrant for Israeli Defence Minister Ehud Barak.

Tayab Ali’s case work is pretty much exclusively focused on representing those accused of  jihadist crimes.

A fine choice for Raed Salah!

The cleric’s lawyer, Tayab Ali, said: “The Secretary of State felt the deportation of my client was conducive to the public good.

We feel that this case is without merit and may breach several of my client’s human rights including his Article 10 right to freedom of expression.

“This is a really interesting case to British Muslims as it will show them where their government draws the line over acceptable interpretations of Islam.”

Asked how long the process could take, Mr Ali replied: “It could be over tomorrow but it could take years.”

I expect the next application will be one for British citizenship.

McCormacks, where Tayab Ali is a solicitor, has a long association with Hizb ut Tahrir.

In the run up to the Iraq war the party’s leadership in Britain was expecting to be banned and felt arrests would follow. They were taking advice from McCormacks about this at the time.

Most of the party members in senior positions – myself included – were given a McCormacks leaflet which explained anti-terrorism legislation and what to do in the event of being arrested (i.e. what our rights were). You can guess which solicitor we were told to call if we ever had our collar felt.