The Tom MacMaster debacle has sparked a debate about online identity, which the BBC has picked up on. It has been revealed this week, that not only Tom MacMaster was faking a blog identity as the pretend-lesbian “Amina Arraf”, but also that “Paula Brooks” was actually Bill Graber – another straight American white man.

In this post I will reflect on the curious revelations of “Amina” and “Paula”, and how in the same week, these two internet “lesbians” were revealed to be straight men. I am aware that parts of this post might come across as sounding slightly conspiratorial. You are welcome to point out where you think I am erring. But here goes.

When the Electronic Intifada began tracing the internet personality of “Amina Arraf” back to the married couple Tom MacMaster and Britta Froelicher, they confronted the pair with the information they had discovered. They replied:

“Thanks, but as I have stated before, it is neither my wife nor me.” [Tom]

“Unfortunately, we’re on vacation so I wouldn’t be able to do so. We have already been ‘confronted’ by the Washington post with these and have denied them and will continue to do so.” [Britta]

“I am not the blogger in question. Whomever that person ‘really’ is, I have doubtless interacted with her at some point. I do not know further than that about her. When I first read the news story, I momentarily thought I had an idea who she was. As time has progressed that seems much less likely. I understand there are a number of unusual coincidences regarding the blogger and either me or my wife. Those are, as far as I am aware, simply unusual. I am not going to make more of that.” [Tom]

MacMaster & Froelicher deny outright, any links between themselves and the “Amina” character. However, MacMaster himself noted the coincidences between the couple, and the character.

A day later, MacMaster wrote on his “Amina” blog:

I am the sole author of this blog and have always been so. Any and all posts on the blog are by me.

This appears to be an attempt to distract attention away from asking pertinent questions about his wife, Britta Froelicher.

Remember, Froelicher is an expert academic on Syria, and “Amina” had an expert knowledge of Syria, to the point of being able to describe museums in Damascus.

We read in The Age:

In February, just as the Arab Spring protests were swinging into full gear across the Middle East, Brooks said Amina told her she had moved back to Syria with her elderly father. She seemed to have extensive knowledge of Damascus, describing in detail museums that Brooks, who had been to Syria, knew to be true.

Froelicher, though, denies any involvement with “Amina”. The Washington Post reported:

Froelicher had no idea what [journalist Elizabeth] Flock was talking about. “I knew it wasn’t me unless I had a split personality I didn’t know about,” she said in a phone interview from Istanbul on Monday morning.

Her husband, Tom MacMaster, also denied any involvement — both to The Post and to his wife. Over the weekend, as the calls from The Post continued to come in, she became increasingly worried, losing sleep and becoming confused as to why we kept investigating her life. In one interview over the weekend, she said she felt like Sadam Hussein trying to argue he had no WMDs. “I can’t prove that I’m not this person, but I’m not this person,” she would later say. She started pushing her husband on the details. “We have really boring lives,” she said she told him. “Why would [the journalists] pick on us?”

“I knew he had a blog and we talked about Syrian politics all the time, but I never checked it,” she said. She said she was with him all the time in real life; she never thought to check up on his activities online. But as the evidence began to build, she told MacMaster, “We’re going to have to go through the storm. If it is you, than you have to say it. There is no other explanation.”

So Froelicher knew nothing, apparently.

And how was MacMaster revealed to be the blogger?

According to the Washington Post – the first news outlet to track and then break this story – “Paula Brooks” was instrumental in tracking down and revealing Tom MacMaster to the world. We read in an interview with Graber:

What you saw was a major sock puppet hoax crash into a major sock puppet hoax. My motivations are completely different than his. [Tom MacMaster] tried to climb right into your head. There was something malevolent about what he was doing. He was calling for other people to come out in Syria, come out of the closet. That’s not right. I had to get this guy to come out [and give his real identity]. [Graber helped uncover the hoax by identifying the IP address used by MacMaster.]

If you read the Washington Post solely, you would get the distinct impression that Graber disliked MacMaster, and so helped to expose MacMaster to the world.

At this point, I already think it’s really weird, but it just gets stranger.

I resigned my interest in lezGetReal a couple of weeks before the Hoax news broke. I want it on the record that lezGetReal has deleted my comments where I have tried to defend my self and my integrity. They did take down one extremely offensive lie but have left more of the degrading material up. I resigned because of the arguments that resulted when I expressed doubt to Paula Brooks about Amina and her authenticity some months back. This led to the question of the direction of the site which I believed was veering from mission.

I have proof in writing that Paula Brooks has refused to remove material defaming me from lezGetReal. I plan to post on any site that has a link to LGR about this, that I am not associated with Amina, and that I objected to her presence on LGR, not for the reasons LGR alleges, but because I knew the stories were unauthentic. I told Brooks about this and have the e-mails, witnesses and chats to back this up.

By the way Paula Brooks told me she had a crush on Amina…..

According to Nathan – who has the backed-up chats with “Paula”/Graber saved on her PC – Graber pushed her off the site because of the way she voiced doubts over Amina. Moreover, “Paula” told Melanie Nathan that she had a crush on “Amina”.

Yet the narrative we are hearing, is that “Paula”/Graber worked to expose “Amina”/MacMaster, because “Amina” was “malevolent”.

The story gets stranger still.

Here is a picture of Britta Froelicher with long hair: 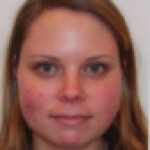 Here is a picture of Britta Froelicher laughing: 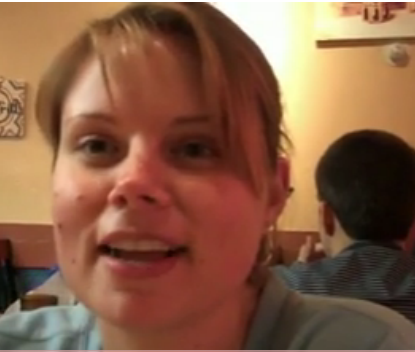 Here is a picture that “Paula Brooks” used on Facebook and Yatedo: 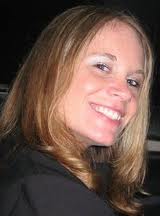 I emailed Britta Froelicher and asked her if the photo “Paula Brooks” used on her profile was Britta herself.

Apparently Paula Brooks is some guy in Pennsylvania or something. […] Look, don’t try to make up connections where there aren’t any.  Whatever picture was used is not me, at least not the one you sent me.  We may look somewhat similar in the sense that many white, somewhat blonde women look similar.  But that’s not me.  Those are pictures of two different people.  I never knew of the existence of ‘Paula’ until… yesterday or the day before, I think.  Again, don’t make up stuff.  As we know, it can really backfire.

It’s hard to trust what Britta says though, especially when it comes to the question of which photos match which people online.

Certainly, Britta bears a very strong resemblance to “Paula Brooks”. Note the hair, the contours of the nose, the face shape, the jawline, the chin, the dimples and the eyes.

We are expected to believe that

Yet, we also know that:

It doesn’t add up.