This is a cross post by Melanie Nathan, LGBTI & Human Rights Advocate

There are questions being raised about LezGetReal.

I paid for the monthly fees on LGR site via my bank account; and considered myself a part owner with Paula Brooks. My name is in the article that people are referring to “Apology re Amina letter on LGR”. But it is misplaced and should not be there – it seems to me to be a random scapegoat type reference. I resigned my interest in lezGetReal a couple of weeks before the Hoax news broke. I want it on the record that lezGetReal has deleted my comments where I have tried to defend my self and my integrity. They did take down one extremely offensive lie but have left more of the degrading material up. I resigned because of the arguments that resulted when I expressed doubt to Paula Brooks about Amina and her authenticity some months back. This led to the question of the direction of the site which I believed was veering from mission.

I have proof in writing that Paula Brooks has refused to remove material defaming me from lezGetReal. I plan to post on any site that has a link to LGR about this, that I am not associated with Amina, and that I objected to her presence on LGR, not for the reasons LGR alleges, but because I knew the stories were unauthentic. I told Brooks about this and have the e-mails, witnesses and chats to back this up. Now I am told by reporters that Paula Brooks is not a real person herself and it is blowing my mind.

I do believe Paula to be who she says she is. I would like to see if there is proof that I am wrong. If I am wrong then I have been the manipulated subject of a horrible HOAX for the last two years and I simply refuse to believe that.

By the way Paula Brooks told me she had a crush on Amina….. 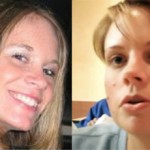 UPDATE by Neil D: Paula Brooks is a man.

Just one day after the author behind a popular Syrian lesbian blog admitted to being a married, American man named Tom MacMaster, the editor of the lesbian news site Lez Get Real, with the tag­line “A Gay Girl’s View on the World,” acknowledged that he is also a man.

“Paula Brooks,” editor of Lez Get Real since its founding in 2008, is actually Bill Graber, 58, a retired Ohio military man and construction worker