I suppose Bill McKibben would fit some people’s definition of an “environmentalist wacko.”

And he does have a sometimes-annoying tendency to hector– on display in this op-ed piece in The Washington Post in the wake of the tornado Sunday that devastated large parts of Joplin, Missouri, and left more than 120 dead. 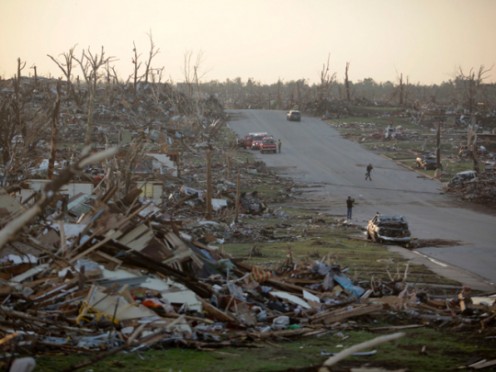 I think environmentalists do better when they emphasize the economic benefits of “going green” than they do with apocalyptic warnings. But after I finished being annoyed by the tone of McKibben’s piece, I found it hard to shake off the point he was making: that there have been an awful lot of catastrophic weather-related events in a relatively short period of time, all of which can be traced to some degree to the prevalence of warm air in the atmosphere.

Have there been other periods like this? Are these just a series of one-off events that coincidentally are happening in close chronological proximity?

The Song of the Party