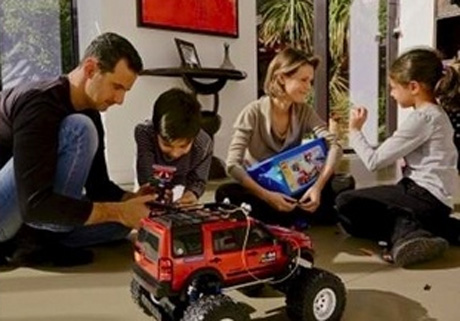 Via Michael Weiss in the Telegraph.

Read the piece, but really, don’t watch the video. I wish I hadn’t.

Apologies – forgot to add this:

I want to be very clear. I was clear in July, and what I said in July has followed me all over the world by the American and Israeli propaganda machine, so I want to be very clear again. All dignified people in the world, whether Arabs or Muslims or others with dignity, are very proud of the speech made by President Bashar Al-Assad a few days ago here in Damascus.

For me he is the last Arab ruler, and Syria is the last Arab country. It is the fortress of the remaining dignity of the Arabs, and that’s why I’m proud to be here and addressing you this evening.
…..
The reason why Syria is being threatened is not because of anything bad which she did, but because of the good which she is doing.
…..
So I say to you, citizens of the last Arab country, this is a time for courage, for unity, for wisdom, for determination, to face these enemies with the dignity your president has shown, and I believe, God willing, we will prevail and triumph, fwa-salam aleikum.

Syria is the shoe which didn’t drop. And I have a theory for that. The Syrian regime is authoritarian, no doubt, freedoms personal and political, are, of course, scant, it is a one party state, and the father in this case successfully handed over power to the son. So on one level it is a candidate [for an uprising]. And yet it has not. And what is the reason for that? Well, here is my theory: the government of Syria for a long time has pursued a policy of Arab-ness. Of Arab nationalism, of Arab dignity, of support for the Palestinian cause, material support, material support for the resistance, rejection for the foreign occupation of Iraq. And a refusal to bow before the foreign powers. This is the perception, and it is largely the reality, though the perception is greater than the reality. And I think that has somehow inoculated the Bashar Al Assad regime from the kind of events we are seeing elsewhere. Of course Syria is not the richest place, and there are extreme divisions between the very rich and very poor, but most people support the government because of its stand on Arab issues and the West. They think that Bashar is heir to a tradition of which they are quite proud.

These may be famous last words, but that is my take on it.

Alec Macph adds: Alan appears to have overlooked the one from the female former MP who does not look like she is made-out of monkey scrotums.

From south Lebanon, we went to Syria to meet the President, Foreign Minister, other Ministers and parliamentarians, the British ambassador and many others. The President lived for a long time in the UK. He is a charming and open man who, for a long time, was not going to be President and therefore took on the style of an ordinary western citizen. He is very popular in his country because he does not have a grandiose or fine-living style. He is keen to deliver significant reform in Syria, to open up the country and to improve the economic opportunities of the people, but he made it clear that the situation in the region made that difficult. Shortly after he took over, there was what has been called a “Damascus spring”—a sort of opening up. It is difficult to continue such reforms when there is such bitter division all around and organised extreme Islamist groups in the region.

The President stressed that the Syrian regime is secular and takes a tough line against Islamist insurgents, but that it was keen to work with others to help to stabilise the situation in Iraq. He deeply regretted the fact that the UK did not have, as he put it, an independent foreign policy. He said that, before Sir Nigel Sheinwald visited Syria for talks on behalf of our Prime Minister, he had been to Washington and that his view was that the UK could play a much more useful role if it had an independent policy, but sadly it did not and it continued to be a complete echo of US foreign policy.

The trip to Syria that Claire Short went on, was “organised by Mr. Nadhmi Auchi, the president of the Anglo Arab Organisation”

In 2003, Auchi was convicted of fraud following his involvement in a €350m corruption scandal centred around the French oil company Elf Aquitaine, described as “the biggest political and corporate sleaze scandal to hit a western democracy since the second world war”

It is, however, rather difficult to say more about Mr Auchi. That is because, despite having to pay a huge fine, Mr Auchi is an immensely wealthy man who has hired libel solicitors, Carter Ruck to hound anybody who says anything at all about him:

The New Statesman has removed a post from the blog of political editor Martin Bright after a threat of legal action from Iraqi billionaire Nadhmi Auchi.

The controversial businessman raised objections to links in the article to material hosted by Internet whistleblower site Wikileaks, as well as to statements made by Bright in his blog post.

As well as requesting the removal of the blog, Auchi’s solicitors Carter Ruck are demanding an apology in open court and damages.

Oh fuck it. Auchi is a shifty crook.