At his 21stcenturymanifesto blog, the Communist Party of Britain’s Nick Wright has posted this devastating graphic argument against a no-fly zone in Libya. 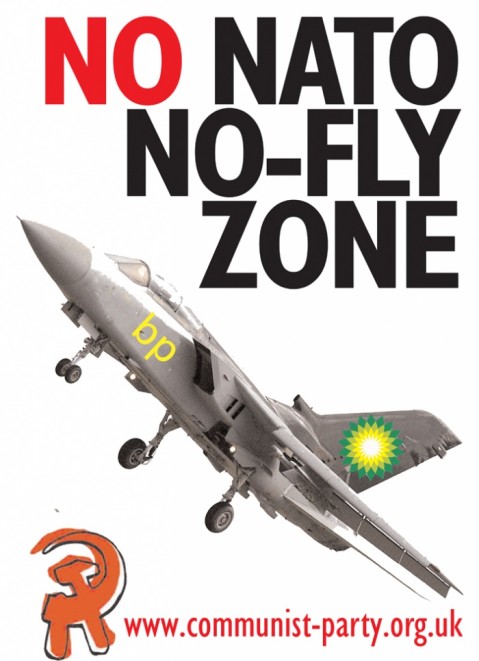 A classic example of boneheaded anti-imperialism in purest form: Companies like BP lust after Libyan oil; therefore they must be pushing to overthrow the government which is supposedly blocking their access to it.

The political turmoil in Libya must be chilling for BP as it could bring into limbo the future of the $900 million exploration and production agreement BP had signed with the Libya’s National Oil Company in 2007. The deal was BP’s single biggest exploration commitment at that time and gave BP the rights to explore 21,000 square miles onshore and offshore of Libya.

It would be bad for business.