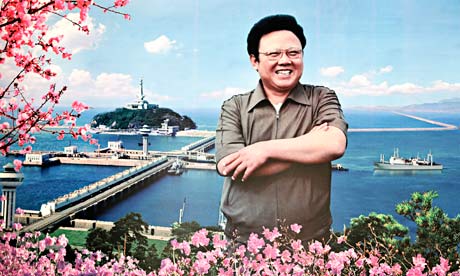 I only can assume that TUV Nord, a German-based environmental consultancy agency has not sought Tim Worstall’s advice on the risks of doing business with North Korea. Hopeful clients to have been ripped off include a Taiwanese bank Mega International Commercial Bank and latter-day Diues, South Korean barbed-wire supplier Roh Jeong-ho.

In June 2010, Aminex, an Anglo-Irish oil exploration company announced a return to intended production sharing deals in waters off the east coast of North Korea; several years after an admission that things were not going as well as expected. I have not seen any reports to suggest that they have been stitched-up like a kipper. Yet.

Not only is the Juche regieme adept at minimizing those pesky carbon-producing units called humans, the eco-business community is now abuzz with talk of their selling carbon credits through planned hydroelectric projects. NKEW has a good run-down on the likely locations for the hydro-dams, as well as speculation on how many carbon-producing unit settlements would have to be evacuated. At least, I assume they would be given forewarning.

In steps TUV Nord, which would act as a UN-approved verifier to ensure if when the hydro-dams are completed meets standards required to assist the global community in its pursuit of the gravest threat ever: global warming. As Chosun Ilbo reported in February, North Koreans are showing what Christine Ahn might term marvelous commitment in reducing their electricity usage.

Fully operational, the projected hydro-dams would earn some 23,000 UN carbon offset units a year. At about £10 per unit, this would translate to considerable hard currency for a regieme which, as Tim Worstall found out, was unable to secure a letter of credit for just £150,000.

I am sure the proceeds would be used to reduce famine conditions in the country, and not redirected to weapons programmes.