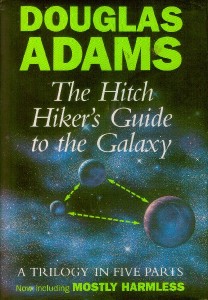 I recently came across a new on-line newspaper – The Canadian, a truly weird rag that mixes UFO enthusiasm with far left politics and tips on improving your sex life.

The paper includes stories such as “Was the Star of Bethlehem a UFO?” and “Star Trek Linked to New World Order,” and a piece from the Iranian regime’s Press TV complaining that U.S. soldiers aren’t being nice to Taliban fighters.

Plus – and this caught my attention – an article by Murray Dobbin, one of Canada’s more important far left ideologues.

Dobbin is a research fellow and board member of the leftwing think tank, the Centre for Policy Alternatives, and he writes a biweekly column for The Tyee and for Rabble – a far left website published by Kim Elliot, spouse of New Democratic Party deputy leader Libby Davies.

Davies herself is a leader of the NDP’s anti-Israel faction, which includes about 90% of NDP activists.

In his article in The Canadian (originally published as one of his regular columns for Rabble and The Tyee), Dobbin expresses his outrage over the conference on combating antisemitism held in Ottawa in November.

At the conference, Prime Minister Stephen Harper gave a great speech pledging to combat antisemitism and to support Israel. In an impressive show of unity, Canada’s governor general, the speakers of both the Senate and the House of Commons, and Michael Ignatieff, leader of the official opposition, all attended as well.

Worst of all, from Dobbin’s perspective, Thomas Mulcair, an MP from Dobbin’s own New Democratic Party, was at the conference.  Within the NDP, Mulcair leads the sanity faction, which understands that Israel is a normal country with the usual faults and virtues of other liberal democracies.  Hence, Dobbin despises him.

But – and this is what really pisses him off – Mulcair didn’t go on his own, says Dobbin: “Jack Layton [leader of the New Democrats] actually sent Mulcair to the event to represent the NDP.”

However, Dobbin will tell you he’s not an antisemite.  He opposes the Parliamentary Coalition to Combat Anti-Semitism because, he claims, they want to make it illegal to criticize Israel.

In fact, the parliamentarians in the antisemitism coalition have never said any such thing.  Only Dobbin and a small coterie of like-minded paranoids have detected this threat to our liberties.

Everyone else – from the Queen’s representative in Canada to the leader of the NDP – is as blind to the danger as they are to the peril posed by the lizard men of Mars.

Dobbin also claims the parliamentary coalition wants to define “criticism of Israel” as antisemitism.   Nonsense. In Israel itself, the opposition parties criticize Israel’s policies every day.  It’s their job.  And I can’t tell you how many conversations I’ve had with good Zionists that begin with someone saying, “What the hell is Israel up to?”

For example, when the president of Iran promises to “wipe Israel off the map,” rational people see Mahmoud Ahmadinejad’s promise to murder the six million Jews of Israel as antisemitism, not merely as “criticism of Israel.”

This charge only shows that Dobbin can’t be taken seriously.  Israeli Arabs have full equality before the law, vote in elections, govern the country as members of Israel’s parliament, and interpret Israel’s laws as judges – all the way up to Israel’s Supreme Court.  Moreover, the idea that in Israel there could be drinking fountains for Jews only – as there were for whites only in South Africa – would be laughable if it weren’t obscene.

Everyone knows this charge of Israeli apartheid is mere slander.  And that the purpose of such slander is to provide a rationale for wiping Israel off the map.

Other “criticisms of Israel” simply update antisemitic lies.  For example, when a pseudo-journalist accuses Israel of murdering Palestinians to harvest their organs, rational people don’t see this as “criticism of Israel.”

They recognize the accusation as a new version of the ancient blood libel in which Jews were accused of harvesting Christian children for ritual purposes.

Similarly, Dobbin claims that because they endorsed the antisemitism conference in Ottawa the “individuals holding the most prestigious offices in our national government” showed that they’re “effectively, agents of a foreign power.”

Rational people have a hard time picturing the Governor General and the leaders of the Conservatives, Liberals and NDP as Israeli agents.  It makes more sense to see Dobbin’s paranoid vision as an updated version of the antisemitic myth of Jews secretly controlling the world.

It’s a pity The Canadian has allied itself with the far left.  Traditionally, UFO enthusiasts have been mostly harmless.  They’ve taken a real step down in the world by associating with the likes of Murray Dobbin.

But who knows?  Maybe the UFO people will have a mellowing influence, and next we’ll see Dobbin penning a more thoughtful piece, perhaps about the lizard men of Mars.

Brian Henry is a Toronto writer and editor and a columnist for The Jewish Tribune. He blogs occasionally at http://brians-op-eds.blogspot.com/