The Telegraph has more details on yesterday’s arrests:

Twelve men were arrested in Cardiff, Stoke-on-Trent, Birmingham and the capital following intelligence that a terrorist cell was at an advanced stage of planning co-ordinated attacks on shops, banks and “iconic targets” in the capital, The Daily Telegraph has learned.

The dawn raids followed months of surveillance by MI5. Police moved in when intercepted communications suggested that the bombers were ready to act.

Metropolitan Police Assistant Commissioner John Yates, the country’s most senior counter-terrorism officer, said the raids had been “absolutely necessary” to keep the public safe. The cell was said to have been made up of young British men, largely of Bangladeshi origin, who were influenced by al-Qaeda in the Arabian Peninsula and the preacher Anwar al-Awlaki, who is based in Yemen.

The investigation focused on radicals in Stoke-on-Trent who were associated with the banned group al-Muhajiroun, and others in Cardiff and London. Plans for the arrests were drawn up on Friday and police moved in in the early hours of yesterday.

Three of the arrested men have been named.

Here is a photograph of the three: 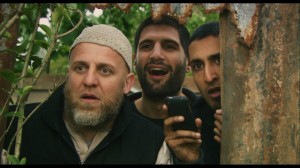 I jest, of course. 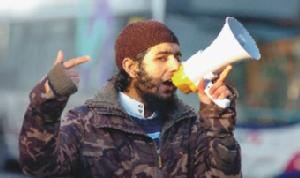 and these are “Abu Sumayyah” and “Abu Bosher“. 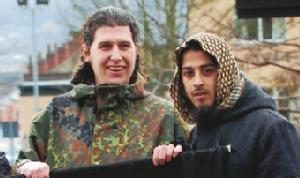