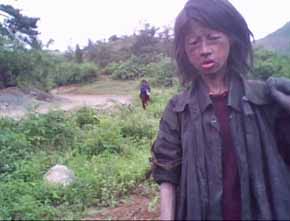 He looks like Elric but does not have the same awareness of his own lack of human understanding, and Julian Assange must now be running out of countries he safely can visit without fear of arrest or flavoured Russian cabbage soup.

In addition to reducing the Alan Partridge of human rights advocacy, Craig Murray to babbling incomprehension, his vanity project Wikileaks does appear to have trodden on the toes of a State which actually might treat dissidents and spoilers rather harshly.

Joshua Stanton is a former US Army judge advocate in South Korea, and discusses on his blog One Free Korea that China assisted North Korea in her nuclear proliferation.  Although, the former may regret it as, when her officials thought they were speaking in private,  have described North Korea as a spoiled brat prone to histrionic tantrums, and suggested to Seoul that the peninsula would be better-off under unified control from there.

This dated from 2009, so should give clues as to why Chinese State media were willing to report on the not-uncommon shooting of four Chinese merchants along the Yalu River in May 2010.

Earlier this month, Japan-based AsiaPress reported on one of its undercover video journalists in North Korea.  Kim Dong-cheol is a pseudonym for one of the half dozen North Koreans AsiaPress employs to gather video footage and on-the-ground reports from China’s toxic tar-baby.

With footage also linked to by Stanton,  an image of open disobedience against the Korean People’s Army is seen as well as bone-gnawing hunger (the ‘girl’ pictured above is, in fact, 23 years old).

Kim Dong-cheol and his compatriots, of course, are placing themselves in intense danger.  My first piece on North Korea for Harry’s Place discussed another man who had been executed by firing-squad for leaking details on the rice crop in this real-life Gehenna.

If any of the Wikileaks documents identify Kim Dong-cheol or his compatriots, I will make a voodoo doll of Julian Assange.