Here is a story that illustrates just how farcical it was for UCL to appoint Muhammad Abdul Bari to a panel investigating Islamist extremism on campus.

Bari is the chairman of the East London Mosque.

On January 1 2009 al Qaeda preacher and recruiter Anwar al Awlaki was allowed to address a meeting at the mosque’s London Muslim Centre by video link from Yemen.

The Daily Telegraph wrote up the event, noting Awlaki’s links to some of the 9/11 hijackers, his support for al Qaeda, and his role in inspiring terrorist attacks. The mosque was dismissive:

A spokesman for the mosque said: “We didn’t organise this event, they are just using our facilities.”

The East London Advertiser was also given short shrift.

But an East London Mosque spokesman said: “Mr Awlaki has not been proven guilty in a court of law. Everyone is entitled to their point of view.

“The subject matter is about judgement and the afterlife, a common theme in many religions.”

The meteors raining down on New York in the poster referred to the end of the world’ which had no official reference to September 11, according to the mosque. 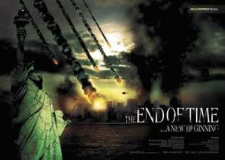 Now we know what Bari’s own reaction was. Alarmed by the Telegraph’s report of the Awlaki event, Conservative MP Paul Goodman wrote to him.

In my letter, I said that “the claims in the piece are serious” (a statement of the obvious) and “have serious implications for the relationship between the mosque and the Conservative Party” (ditto).

However, I noted that the mosque “hasn’t had the chance to put its side of the story to us, and would be grateful for your view of the claims”.

This was Bari’s response:

He wrote that “we saw no need to revoke the permission for the event based on one article in the Daily Telegraph, whose record on reporting our institution or our community does not inspire us with much confidence”. He didn’t address the US Department of Homeland Security’s view.

He did write that “we found no evidence that the event was promoting hate”.

This is no surprise at all for those who know Bari and his mosque. Yet it is astounding.

At the time more than four years had passed since the 9/11 Commission spelled out Awlaki’s links to 9/11. The US government was on his trail, as you can see in this speech from October 2008:

Another example of al-Qa’ida reach into the Homeland is U.S. citizen, al-Qa’ida supporter, and former spiritual leader to three of the September 11th hijackers Anwar al-Awlaki—who targets U.S. Muslims with radical online lectures encouraging terrorist attacks from his new home in Yemen.

Nor was it the security world alone that had figured out Awlaki. He was widely known as an al Qaeda preacher. His blog was in English and available for all to see.

In fact, when Bari brushed Goodman off, Awlaki had just published a sickening and very alarming pamphlet titled “44 Ways to Support Jihad” (you can read it here in pdf format).

But Bari preferred to moan about the Daily Telegraph and denied the plainly worrying nature of the event.

This shows that Bari is either

– Completely incompetent in the field of anti-extremism, or

Either way he is one of the least suitable candidates for a panel on extremism one can imagine.

It is to be hoped that Mr Bari will never be consulted again by anyone on such an important issue.