The website of Socialist Worker, the mouthpiece of the philo-Islamist SWP and a self-identified “revolutionary anti-capitalist paper in Britain”, currently sports an article calling for the abolition of the police.

Socialist Worker refers to the police as “an arm of the state used for oppressing the working class” and claims the police are “taught to hate workers”.  It also makes the ludicrous claim that the average police officer on the beat “only encounters a crime once every 14 years”.  This is the same Socialist Worker that describes Israel as an apartheid state and a “vicious child of imperialist powers”.  Another gem from the paper, entitled “What Would Real Democracy Look Like?” states that true democracy “cannot be achieved without overturning capitalist property ownership, law and the state – with a workers’ revolution.”  In a bid to court Islamist support, the SWP and its rag has allowed gay rights, secularism and other left-wing “shibboleths” to be sacrificed to appease the religious bigots who now make up a key plank of SWP support.  Socialist Worker currently features an article describing secularists as “smug liberals” and the respected scientist Richard Dawkins as “the thinking man’s Ian Paisley”.

How is it not considered newsworthy or controversial that not one but two elected MPs and Labour Party leadership candidates would write an article for an extremist publication like this?

John McDonnell and Diane Abbott, both reassuringly thrashed in the recent leadership election, recently wrote an article in the SW postulating on “Where Next for the Labour Party?”, which article was warmly received by the paper’s Trotskyist bosses.  If a right-wing Tory MP were to write an article for a BNP publication, it would rightly cause a furore.  Why do we continue to see the anti-democratic and Islamist-supporting far left treated differently? 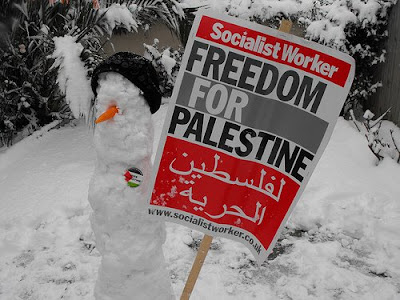 Out in the cold – But why don’t Abbott and McDonnell feel the heat for writing in Trotskyist rag?