Ed Miliband has won the race to be the next leader of the Labour with 51% of the vote. It was a nail biting finish and he only just beat his brother, David Miliband, who in the fourth and final round of voting managed 49.35% after Ed Balls was eliminated.

It is sad to see David Miliband lose. He was winning in the first three rounds. He won the members vote and the vote of MPs, but union support won it for Ed Miliband.  David Miliband along with the other candidates ran great campaigns and helped to bring back some of the 35,000 new members to the party. He deserved thanks for that as much as anything else.

That said Labour has to move on. The leadership race and all that was said is over. The party has to put that behind it and get on with rebuilding and winning back power. It can’t afford another Tony Blair and Gordon Brown style rivalry.

Speaking in Manchester after his victory was announced Ed Miliband said he wanted to unite Labour.  He said he was proud of both Tony Blair and Gordon Brown, but that the party lost the election and lost it badly. 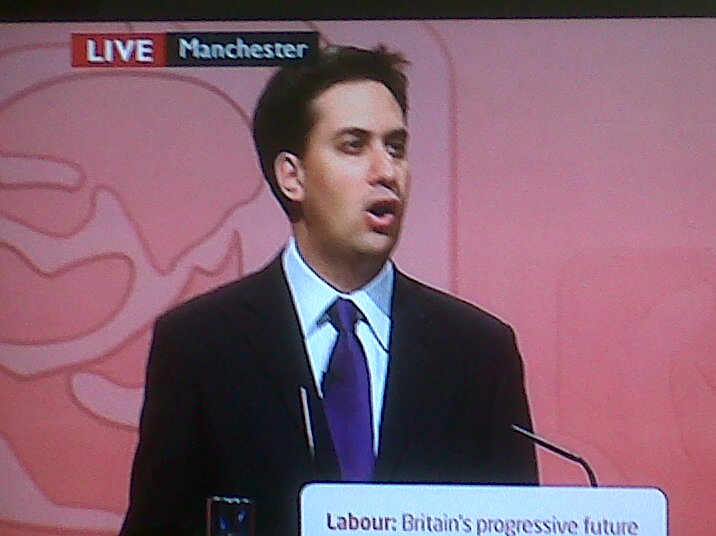 He said whatever your view on Iraq it led to a loss of trust. He said he will unify the party, but he said Labour has to inspire people with its vision of society.

He said Labour must reduce the deficit but he said in doing that it also had to look at the inequality in society and said that the gap between rich and poor doesn’t just harm the poor it hams us all.

He said we need a new kind of politics and that he will oppose the coalition when they are wrong, but support them on other occasions.

There is a huge job ahead and the question people will be asking now is whether Ed Miliband is up to it.