I have just been told that Labour’s NEC has suspended Lutfur Rahman, the IFE-supported candidate for Mayor.

Readers of this blog will be aware of the detailed and serious allegations of vote banking that have been made in relation to this candidate.

Suspension from the Labour Party will mean that Lutfur Rahman cannot run as the Labour candidate for Mayor. That will mean that the IFE/ELM clique will not get their hands on the £1 billion budget that Tower Hamlets will command. Perhaps RESPECT will take him on as their candidate.

Labour’s candidate is likely to be Helal Abbas.

Labour is to be praised for its timely actions. I expect that Labour will now face a law suit, brought against it by Lutfur Rahman’s solicitor, Makbool Javaid. Javaid is an extremist who opposes “man made law”, supported the creation of a Caliphate from an Al Muhajiroun platform, and signed a “declaration of war” on the United Kingdom.

“Having received a number of serious allegations concerning both the eligibility of participating voters and the conduct of  Lutfur Rahman, the National Executive Committee has decided to investigate the allegations made.

“As a result, administrative action has been taken to remove Lutfur Rahman as a candidate pending the investigation. Nominations for Tower Hamlets mayor close this week and in the circumstances the NEC had no option but to impose another candidate.

“The NEC has voted to select Helal Abbas Uddin as Labour’s candidate.”

The campaign to reinstate Lutfur Rahman appears to be spearheaded by Marsha-Jane Thompson. She is encouraging a frantic email campaign in support of the disgraced candidate. 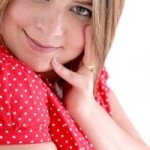 It goes without saying that Thompson shamefully plays the “racism” card:

“The racism in the NEC decision will also have a negative effect on local politics.”

Thompson is on the National Committee of the “Labour Representation Committee“, an extreme left grouping within the Labour Party. Their handful of Labour MPs includes Jeremy Corbyn.