The nuttersphere was in high dudgeon last week over a BBC Panorama  documentary which:

A letter writing campaign to Panorama was ramped up, and a rally against the BBC planned,  with the assistance of the “Muslim Defence League”, various senior NUJ activists and Ken “Sad Clown” O’Keefe.

Not many people turned up.

Now, here’s a fun little game. Close your eyes. Form a mental picture of the sort of people who go on pro-Hamas rallies outside the BBC.

Now, open your eyes, and consider the pictures of the demonstrators below. 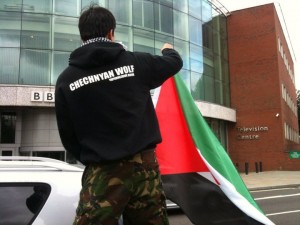 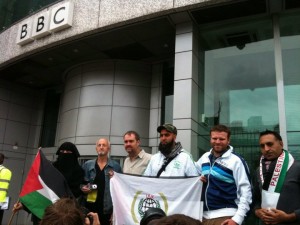 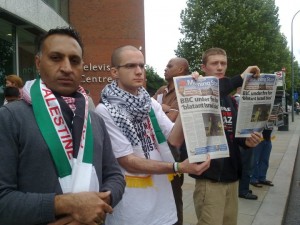 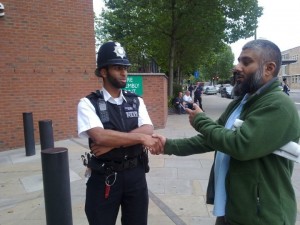 Were your preconceptions challenged?

habibi adds: This was the cringeworthy “Palestine Solidarity Campaign” scene in Bristol:

But what about all the support for Hamas? Megaphone man is having none of such talk:

These accusations are totally ridiculous. Why would an aid ship risk its credibility by carrying anything other than the aid equipment which was on the manifest, the list of equipment, of cargo in the ship. Besides which Hamas can get anything it wants through the tunnels from Egypt anyway. So all these accusations are ridiculous anyway.

Poor old IHH. It works tirelessly for Hamas and some of its own comrades in Britain won’t even recognise its efforts. 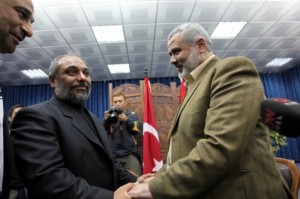 IHH president Bulent Yildirim with Hamas leader Ismail Haniyeh in Gaza on a Viva Palestina – IHH convoy, January 2010. All of the convoy’s supplies were handed over to Hamas.