It appears that last night’s Panorama was not particularly popular with those involved in fringe politics.

The pro-jihadist MPAC, whose founder Asghar Bukhari famously offered to fundraise for David Irving, was first out of the traps. Some eight hours before the programme was broadcast, it called upon its readership to call the BBC and “complain about the ongoing propaganda”.

Ewa Jasiewicz – a CiF contributor who is “part of the editorial collective of Le Monde Diplomatique Polish Edition” – complains that “the whole tone and framing is utterly islamophobic and racist and demonising of muslim activists”, and is emailing her friends to urge them to complain to the BBC.

Jasiewicz was involved in the desecration of the Warsaw Ghetto site: 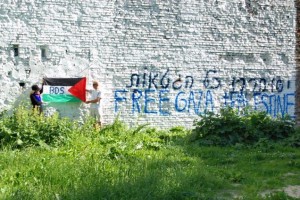 Her complaint is passed on by Joseph Healy, formerly the Green Party’s Parliamentary Candidate for Vauxhall.

The “Vegan Marxist“, who recommends the works of Mao and Stalin to his readers, and supports both North Korea and the PFLP, and is majoring in “video game design“, is also incensed at the BBC’s “lies”. However, he concludes:

Yes, they had knives, yes, they stole weapons, yes, they threw IDF soldiers over rails. Though, as much as they love to claim they were nothing more than a bunch of terrorists, fact of the matter is that they were only people willing to die for a greater cause.

So to end this, as a message to those who continue to lie about what had truly taken place on the Flotilla ship, fuck the Israeli’s, long live Gaza! 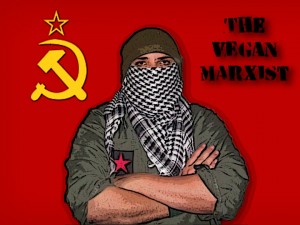 (It is possible that the Vegan Marxist is a spoof. I can’t quite tell)

Finally, there is a whole heap of rambling by Ken “Sad Clown” O’Keefe 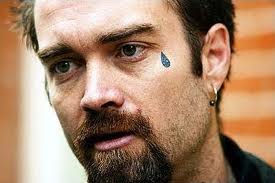 “I am very much aware of BBC’s role in justifying war and covering up Israeli crimes.  I am in no way naive about this; to the contrary my motivation for the interview lay largely in the all too likely opportunity to expose the BBC.  A relevant job considering the BBC’s role in the slaughter of over one million Iraqi’s, a direct role by virtue of the war they justified.  BBC from start to present, justifying Iraq, a massive war crime and crime against humanity based entirely on lies (propagated intensely by the BBC).  The British Broadcasting Corporation, synonymous with millions of orphans and refugees and countless lives destroyed in Iraq, beating the drums of war without pause, the ultimate prostitutes of propaganda.

Nevertheless BBC’s perversion of the truth will elevate the cause of justice immensely, delegitimizing itself in such grand fashion was indeed a great big gift.

Hats off to ya BBC!

Somebody forgot to take his meds today!

The Palestine Solidarity Campaign (echoed by the editor of Socialist Resistance, Liam MacUaid) are also urging a letter writing campaign. They helpfully provide a series of killer points that it urges its supporters to make to the BBC. They include:

Why is she giving the aid flotilla a religious context when it had none? Again, she presents no evidence of the recruitment of ‘fellow Islamists’.

If Israel’s intentions in boarding the ship were peaceful, why did the commandoes board in the early hours of the morning, in the dark, instead of during daylight hours?