Here is the opening of Gilad Atzmon’s talk, given at Friends House this past week.

1 The more pain we inflict on others the more we become familiar with evil, aggression and brutality.

1.1  The more cruel we are towards others, the more devastated we are by the possibility that  the subjects of our brutality may also be as nasty as we happen to be.

1.2   According to Freud this is what projection is all about.

1.2.1 Otto Weininger refines it, ‘we hate in others, that which we don’t like in ourselves’ he says.

Gilad is playing with the theme of the ‘self hating Jew’ – the term he applies to himself – and also playing with you. It is clear, now, that Atzmon’s schtick is little more than rehearsing Nazi themes. He enjoys doing it with a little nod and a wink, as if his Nazism was a kind of in-joke with his audience.

Who was Weininger? Here is Adolf Hitler on the subject:

“Dietrich Eckart once told me that in all his life he had known just one good Jew: Otto Weininger, who killed himself on the day when he realized that the Jew lives upon the decay of peoples”

And here is Shalom Lappin:

Using group psychological profiling to attribute to Jews an unnatural and diseased nature is not new. In 1901 Otto Weininger published Sex and Character in Vienna (an anonymous English translation appeared in 1906, published by G.P. Putnam’s Sons, New York). In this book, Weininger contrasts masculine and feminine character types. He identifies men with reason, virtue, heroism, ego, cultural creativity (genius) and social order. The female is weak, dependent, cowardly, amoral, lacking in ego, driven by sexual passion, incapable of genuine creativity, and subversive of order. Weininger cites a variety of biological and medical ‘facts’ to argue for his description of male and female typologies. He then distinguishes between ‘Aryan’ and Jewish characters, claiming that the Aryans instantiate male properties, while the Jews are largely feminine in nature.

Weininger wrote in turn of the century Vienna, when pseudo-scientific theories of race and sex were invoked to support racist anthropological views and misogynist attitudes towards women. These cultural themes defined the context in which Weininger formulated his ideas. They also provided the basis for Nazi policies in the following decades. However, it is important to distinguish carefully between some of these themes and Weininger’s enterprise….

I wonder what Weininger would have made of Atzmon – the rather butch veteran of Israel’s Lebanon War. 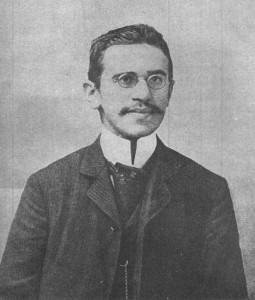 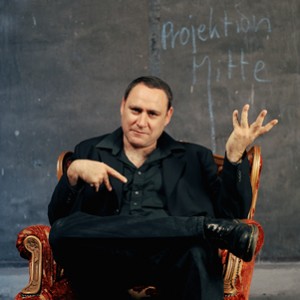 Atzmon’s conclusion, is a wry call for the end to anti-Holocaust denial laws:

12.2 At the moment our history books are sealed and cemented. We cannot engage in a real study of our most relevant past and we are therefore denied  the right to consider its meaning.

12.3 Consequently, we have failed to encompass the real ethical meaning of world war II and the holocaust in particular.

13. With history being squashed it is hardly surprising that the same people who flattened Hamburg, Pforzheim, Dresden, Hiroshima and Nagasaki continued to do the same in Korea, Vietnam, Afghanistan and Iraq.

14. Similarly, the same lobbies that pushed Britain and America to a deadly confrontation with the Muslim world are now pushing us to flatten Iran.

15. To save the world and to bring peace about, we must learn our past and we must be free to so.  Revisionism is the means towards a better future.

I really am not sure why Atzmon is being so coy here about the risk that pro-Nazi “revisionists” face. Britain does not criminalise Holocaust denial, and this is where he currently lives. In any case, Atzmon has already explained:

Jewish texts tend to glaze over the fact that Hitler’s March 28 1933, ordering a boycott against Jewish stores and goods, was an escalation in direct response to the declaration of war on Germany by the worldwide Jewish leadership.

This sort of stuff is standard fare at the Quaker-run Friends House. Today, for example, they hosted a Global Conference by the jihadist group, Hizb ut Tahrir, who published a pamphlet last month urging Muslims to “purify the earth of Jewish filth“.

Are the Quakers going to put their house in order? I hope so.

For past Atzmon, see here.

Goodwin Sands in the comments below says:

Atzmon’s recent visit to the US seems to have been utterly disastrous.

He gave an interview published in the US “Socialist Worker,” which the next day retracted the article with this statement:

ON JULY 13, SocialistWorker.org published an interview with jazz musician and anti-Zionist writer Gilad Atzmon. The interview took up Atzmon’s childhood in Israel and his growing awareness of the oppression of Palestinians, as well as his ideas on music and art.

Since the interview’s publication, we have learned of many allegations that Atzmon has made not just highly inflammatory, but anti-Semitic statements about Jews, be they supporters or opponents of the state of Israel–and that he has associations with deniers of the Nazi Holocaust of the Jews. The evidence for these serious charges is damning.

We knew that Atzmon was a controversial figure among opponents of Israel when we ran our article, but not the full extent of these allegations. And needless to say, there is no trace of such ideas in his interview with SocialistWorker.org, or it never would have been published.

Here’s one of the letters they received:

Gilad Atzmon has revealed time and time again in his writings that he is less interested in being a part of a genuine anti-racist mass movement for the liberation of Palestine against Zionism than he is in trying to prove that there is something “inherently Jewish” about Zionist atrocities, attacking anti-Zionist Jews in England as “undercover Zionists” and, in the case of founder of the revolutionary anti-Zionist Israeli Socialist Organization, Moshe Machover, a “Judeo Marxist.”

Atzmon has declared Machover to be worse than British neo-Nazi Nick Griffin, and in criticizing the printing of a speech by Moshe Machover in the International Socialist Review urged “Socialists and Marxists to save themselves from the Judeo political grip” and “consider liberating themselves of their tribal infiltrators.” (If Moshe Machover’s politics make him a “Judeo Marxist,” then I am proud to identify as one–a Muslim Judeo-Marxist. Let’s see how Atzmon tries to figure that one out.)

Then someone posted to YouTube an hour-long panel discussion, in six segments, in which Atzmon tries to promulgate his Holocaust denial on a public access television site in Colorado, and is stopped in his tracks by another panelist who sees right through it and rakes Atzmon repeatedly over the coals. The other two panelists watch helplessly, clearly deciding that they won’t come to his defense.

Atzmon does so poorly that the Atzmon acolyte Anthony Lawson won’t allow comments to appear on the YouTube site, directing people instead to Atzmon’s own site — where of course no comments are allowed to be posted.

I’ve watched all six parts, which are about ten minutes apiece, and Atzmon is every bit as appalling as you might imagine, steering the topic to Holocaust denial within the first minutes of the programme, doggedly pressing on when it became clear he would not be able to do his shtick unopposed, declaring the blockade on Gaza a “new killing of Christ,” and generally being his own worst PR agent.

1 – imagine a world in which the SWP was capable of the same sort of unqualified apology for promoting Atzmon that the US “Socialist Worker” produced so instantaneously.

2 – Atzmon’s interlocutor misses a trick or two, as you might expect from someone encountering Holocaust denial in the field for the first time, but generally takes Atzmon to bits.