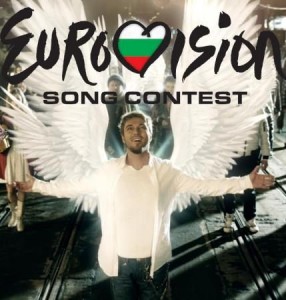 Yes it’s that time again. Bulgarians with wings, and 83 year old Armenians playing the flute next to a giant apricot stone. There will be women whose main ambition in life is to look like Cheryl Cole and Men who think Timmy Mallett was the height of aspiration and sexiness. In addition there will (as always) be members of both sexes who see themselves as above all that in their attempts to resemble Shakira.

It’s Eurovision and I’m going for the Dutch entry which reminds me of one night when I found myself alone in a ‘brown bar’ in Amsterdam. The place was rocking to a barrel organ and by the end of the evening everybody had kissed me at least once (and yes I have not confused all this with a day in the ‘coffee’ bars night on ‘De Wallen’. Anyway, the Dutch entry rocks (although God knows what they are on about.)

Britiain is represented by a man called Josh (so we can write him off already) Israel’s entry is a dreary dirge from the winner of the Israeli X Factor (although the bookies quite like it.) Azerbaijan are favourites with a song written by Britney Spear’s writers (Gawd!)