Oh look, this blog is on someone’s front page. 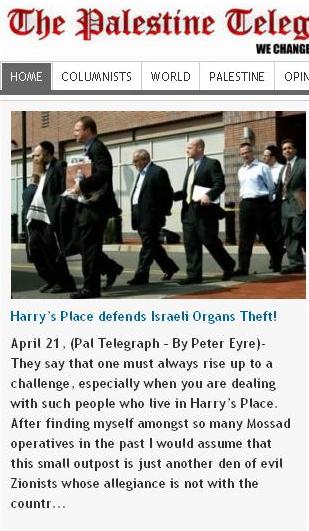 And guess who else is on the front page? Why, former KKK Grand Wizard David Duke, ranting about Israel and Jews in a video. 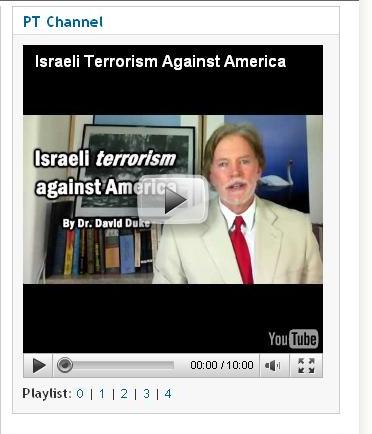 Here’s the screenshot of the front page showing both stories. Click to enlarge. 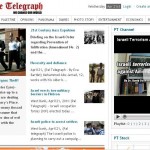 Is Jenny Tonge still a patron of the Duke loving crew at the Palestine Telegraph? Of course she is. So is Lauren Booth. 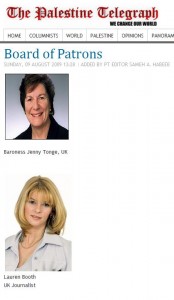 If you would like to ask Nick Clegg if he thinks Tonge’s patronage of a far right hate publisher is appropriate, his e-mail address is cleggn@parliament.uk. 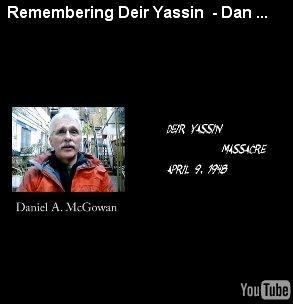 You can read a self-description of Peter Eyre, the author of the anti-Harry’s Place piece, here. His blog includes the advisory:

If you are a Christian or Jewish Zionist please do not enter my space. If however you are against war and any form of intimidation you are most welcome to take over my space.

And there’s this from a post about his participation in a “Palestine memorial week” meeting in London:

I listened to a lady in the audience who asked if we were aware of the fact that many political figures in senior position were Jewish and could this create a problem. Jeremy Corbyn an MP with the current Labour Party quickly dispelled the topic and suggested we did not go down this road. This was also supported by a Palestinian member of the panel who supported Corbyn’s views…….I however took the microphone and advised the audience that the lady did have a valid point. I said “Maybe we are all not aware that Governments and Political figures are given huge sums of money in their respective election campaigns by the pro Israeli lobbyists”