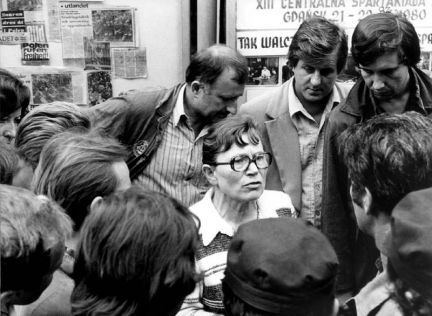 Among those killed in Saturday’s terrible plane crash was 80-year-old Anna Walentynowicz, the former crane operator and trade union activist whose firing in 1980 from the Lenin Shipyards in Gdansk helped spark the Solidarity movement which eventually toppled Poland’s Communist government.

Her life was an inspiration for the 2006 movie Strike, which is available on DVD and which I strongly recommend.