“The reason is that the august image of the Great General, who is always wearing the modest suit while working, leaves a deep impression on people’s mind in the world,” it said.

“To sum it up, that is because his image as a great man is so outstanding.”

“Kim Jong-Il mode which is now spreading expeditiously worldwide is something unprecedented in the world’s history,” the stylist was quoted as saying.

In a way, I’d like to believe that a French stylist who was not being waterboarded actually said that, but I fear it’s a fabrication.

Lucy Jones of The Telegraph compares Kim’s look to that of Dr. Evil, although they look quite distinct to me. 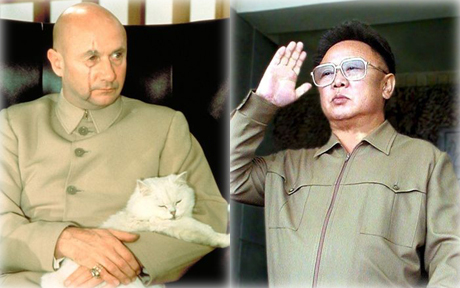 In fact I own a couple of khaki jackets that look a lot like Kim’s, but they lack those cool front pockets.