This Sunday Cageprisoners will hold a fundraising event at the Stowe Centre in London. The speakers will be Moazzam Begg and Asim Qureshi of Cageprisoners and Begg’s fellow former Guantanamo detainee, Omar Deghayes.

The website’s name is a reference to “jihad in the path of Allah”. It is true to that name. It offers tapes from hate preachers such as al Qaeda’s Anwar al Awlaki, Abu Hamza, Murtaza Khan, and Ali al Timimi.

Awlaki is on the run in Yemen. Hamza and Timimi are convicted terrorists. Murtaza Khan is welcome at the East London Mosque’s London Muslim Centre.

Let’s take a look at some of the 25 people on the “confirmed guest” list on Fisabeelillah’s Facebook page.

Here’s someone calling him or herself “Moe B Skool”. Nice Facebook avatar:

How about “Irhaabi Mahmood“. Irhabi is Arabic for “terrorist”. The double vowel is a Salafi affectation in English transliteration. 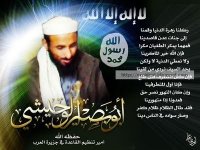 From his “about me” entry:

love my relegion and love the scholars of haqq [truth] and not baatil [falsehood]. love all my muslim bros and sis and hate the kuffar. l love shaykh usama and all the mujahideen.

all the muslim rulers are apostates (MURTADDEEN)

Then we find Tamer Mehanna. He is the brother of Tarek Mehanna, a man facing terrorism charges in the United States.

Tarek Mehanna, 27, of Sudbury and Ahmad Abousamra, 28, who last lived in Mansfield, were charged in a 10-count indictment with providing and conspiring to provide material support to terrorists, conspiracy to kill in a foreign country, and other charges. Abousamra left Boston for Syria nearly three years ago after being questioned by the FBI, according to the bureau.

Acting US Attorney Michael K. Loucks also released two undated photos of Mehanna smiling at Ground Zero in New York City with friends, as well as excerpts of conversations he allegedly had online in which he expressed admiration for Al Qaeda, the 19 hijackers who participated in the 9/11 attacks, and Osama bin Laden.

On to Mohamed Niaz. 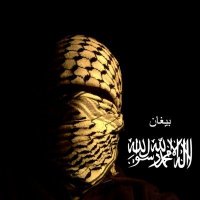 Awaiting Destiny to meet my lovable Lord and his last and final lovable messenger(sals) (Think about death everyday atleast 10 times and try to increase that , so you will ask more for forgiveness to almighty and you will be truthful and honest)

Here’s Saleem Hussain Shah. There’s not much room for doubt about what he likes. 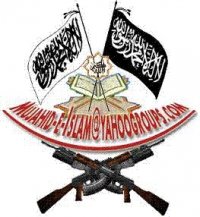 Nour Samhat is into the Al Aqsa intifada.

Is this the lifetime ambition of Abu Shu’aib?

Mohammed Omar has added this picture of terrorists Kakimullah Mehsud and Abu Dujana Al-Khurasanito, an alias for Humam Khalil Abu Mulal al-Balawi, to his Facebook account.

Mr Begg really pulls them in, doesn’t he.

Isn’t it great that public funding of the Stowe Centre helps to make such gatherings possible.