During the Second World War, there were, for example, British Pacifists and Americans who did not think their country had a stake in a European war. A pacifist or an international isolationist can make their positions clear in a way that the reasonable person can discuss – and perhaps appreciate where they’re coming from – even if they strongly disagree.

But it would have been quite another thing if either of these groups had expressed a hope that the Nazis win the war to teach the Allies a good lesson on non-pacifism or interference (now glibly re-branded as ‘neo-imperialism’).

But this is precisely what the supposedly left-wing cartoonist Latuff is doing. His cartoons are republished on anti-war and Leftist websites and newspapers in the UK, likeIndymedia and Socialist Worker, to cite two obvious examples. Despite Latuff’s cartoons trading on Jewish stereotypes and the artist having won an award at Iran’s Holocaust-denial competition, Socialist Worker strongly defends the artist – “accusations of antisemitism levelled against him by the right are baseless. Latuff’s work stands firmly in an anti-imperialist and anti-racist tradition, ” they say.

Latuff unambiguously supports the Taliban and characterises them as heroes and saviours of Afghanistan. Notice how in his cartoons below he dispenses with the rhetoric and obfuscation so many StWC supporters used in relation to Iraq. Latuff does not pretend that those Afghans fighting the US and UK troops are nationalist resistance fighters “writing the names of their villages in the stars”. He labels them clearly and boldly: “The Taliban”. 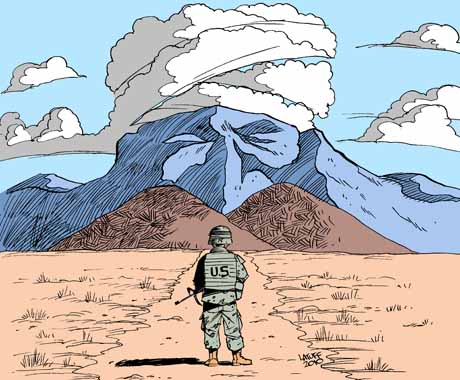 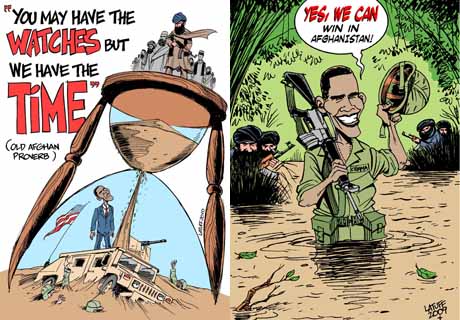 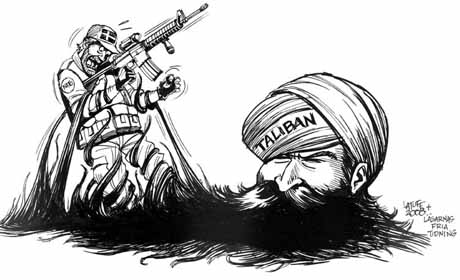 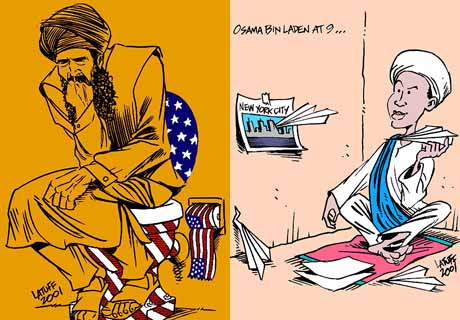 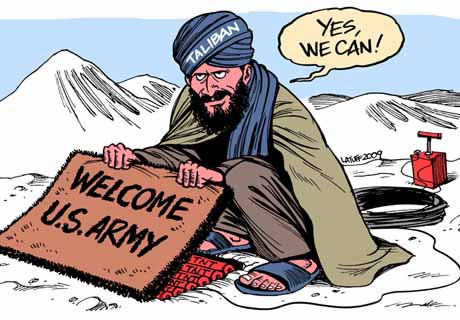 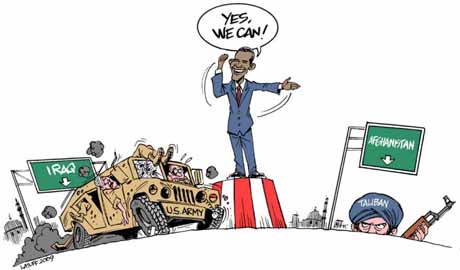 Clearly, he is a propagandist for a brutal anti-humanitarian group of theocratic fascists. The people who allow his work to be printed in their publications should clarify their own positions on this. Since most are aligned with the Stop the War Coalition, I think we should be told whether their appropriation of 60s ‘Peace’ and ‘Pacifist’ rhetoric and imagery is sincere… or are they, like Latuff, actually praying for a Taliban victory.

I looked at these cartoons, and, as some have noted in the comments, they can be construed as  “trying to convey is the perils of [Europe] for Britain and America and the ability of the [SS] to kill and maim members of our armed forces. Motivated purely out of concern, I’m sure, noting that Germany has always been “a quagmire for invaders”. I think, upon reflection, that it might be hard to claim conclusively that these are pro-Nazi cartoons. Rather the artist “may simply be depicting what he thinks will happen”. 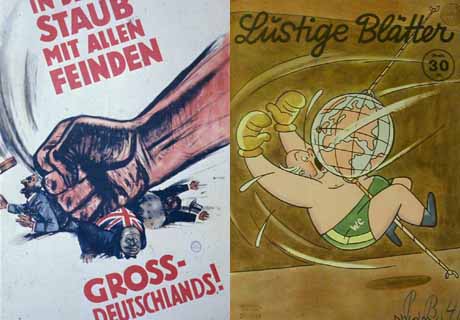 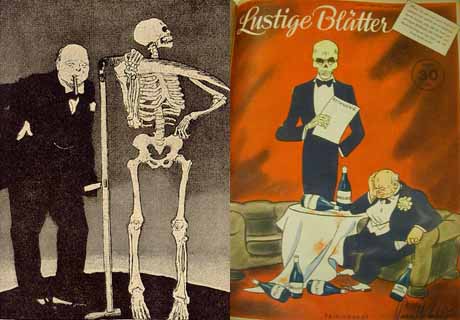 I think that there is some merit in this argument. See for example how Latuff echoes the concerns in these humanitarian cartoons above above by playing with similar images of injury and death. And more death. And more.

All warning about the horrors of war, you understand. It’s not like, as a Leftist, he’d glorify theocracy.