If George Galloway represents everything that has gone horribly wrong on the British Left, surely Labour MP John Mann represents what is still right with it– and what is worth fighting to preserve. 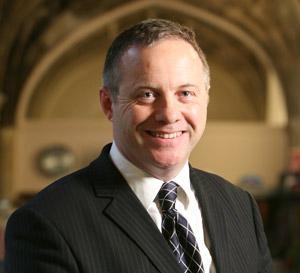 Our comrade David Hirsh of Engage writes in Haaretz about the recent conference in Israel of the Global Forum for Combating Anti-Semitism, in which Mann participated.

[Mann] explains that there isn’t a single Jew among the industrial workers, farmers and retired coal miners in his constituency. He is one of the handful of MPs who came out of the recent parliamentary-expenses scandals cleaner than he went in. He was honored with an award at the Knesset… for his work in Britain and internationally against anti-Jewish racism. Mann compared the Jews to a canary, like the ones his constituents used to take three miles down into the mines to make sure that the atmosphere was healthy for human beings.

Mann is chairman of the All-Party Parliamentary Group against Antisemitism. If you want to understand more about his values and what motivates him, read the speech he delivered earlier this year when he accepted an award from the American Jewish Committee.

He recently recorded a podcast on antisemitism for the US Holocaust Memorial Museum.

What the Parliamentary Committee Against Antisemitism attempts to do is to challenge antisemitism wherever we find it, starting first and foremost inside the British Parliament. A good example of antisemitic discourse is a Member of Parliament equating the actions of the Israeli government with those of the Nazis. Clearly it’s perfectly legitimate to agree or disagree with the Israeli government, and to do so vociferously. But the equating of the Israeli government with “Nazi” adds nothing to the debate whatsoever, and is deliberately calculated, either through ignorance or through prejudice, to create offense. And that’s precisely the language that we challenged then and we challenge now.