Readers might be wondering exactly how the current SWP leadership discovered that various of its soon to be expelled Left Platform members were sending factional emails to each other? The hilarious answer is revealed by a quick perusal of a letter written by one of the anti-party elements himself in the latest Internal Bulletin:

It is my, and others’, firm conviction that this piece of ‘evidence’ was obtained by hacking into Clare’s email account. Clare had previously given her account password to three full-timers, two of them former central London organisers, and one of whom is currently a central committee member. She provided her login details in good faith, in the expectation that the comrades concerned might, when working around central London colleges, wish to reliably access the internet. She trusted that this privilege would not be abused

You read that correctly. The dozy mare was engaging in factional activity on the internet in the full knowledge that her political superiors had the ability to check what she and her co-conspiritors were writing at any time they wanted. Gah!

Not that that’s the only example of rampant stupidity the keystone comrades indulged in. The same internal bulletin includes a letter pleading for Comrade Clare’s reinstatement to the party on the basis that emails which have been obtained by accessing members’ accounts shouldn’t be used in evidence by the disputes committee. Notwithstanding the naivity of the sentiment the letter may as well advertise its purpose as being a list of those people for the metaphorical chop, as that’s almost certainly how the central committee is going to see it.

Even if they manage to escape expulsion no one’s going to trust them again. Not only are they clearly politically unreliable, but they’re also a danger to themselves and anyone who comes into contact with them.

No wonder the Islamists took one look at them as potential allies and dismissed them as political amateurs unworthy of a backward glance. 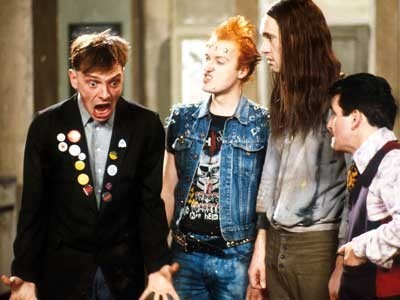