As a think-tank predicts that large scale redundancies may be necessary in the public sector, and no party is being totally honest, we can rest assured that our government continues to focus on the important stuff.

Bridget Prentice, the Justice Minister, said that she was supporting the campaign because she was concerned that shops were creating Christmas gifts which were aimed particularly at either girls or boys.

She went on: “It’s about not funnelling girls into pretty, pretty jobs, but giving them aspirations and challenging them to fulfil their potential.

“We want to say to organisations like the Early Learning Centre that we rely on them to be progressive about encouraging girls to think of themselves as equal, and not to reinforce the old stereotypes.”

If our children are born blank slates, as the scientist Stephen Pinker (no, I haven’t made up his name) claims, then all this mania for a particular colour has to be culturally imposed, an addiction caused by nurture, not nature.

But there was just one problem with this theory: I kept a very close eye on everything my daughter was exposed to. [AWARD! Most unbelievable claim of the day]

And her playmates were either boys or solemn little girls who, when given chocolate, were expected politely to put it aside and practise the patient art of ‘deferred gratification’.

She did have a menagerie of toy animals – none coloured pink – but only one Barbie, and she was kitted out in the elegantly-tailored outfits of a sophisticated and empowered professional woman.

But her obsession grew regardless.

Craig is wrong. Pink for girls is a societal pressure. There is no gene for pink, or for high-heeled shoes for that matter. Before the second world war pink was used for interchangable for boys and girls, and some authorities suggested pink was the preferred colour for boys. While pink may be considered feminine, proof for causal link between it and gender inequality is limited. Is Prentice saying gender inequality has worsened since the rise of pink in the postwar period? The evidence would suggest quite the opposite, unless Prentice thinks pre-war Britain was a utopia for women. Of all the factors holding back women, the colour pink must be pretty much down the bottom of priorities to tackle or even to articulate. 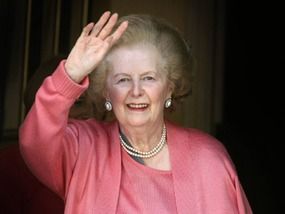