Apparently Roger Liddle is a different person from Rod Liddle. An easy mistake for a stupid person to make, I’m sure you’d agree.

So a significant premise of this post is… incorrect, to say the least!

ROGER Liddle is speaking at the Fabian Conference. Rod isn’t. So the Fabians haven’t, in fact gone mad.

The Fabians are having a New Year Conference. Although the speaker list is not online, those participating include:

Nadine Dorries is a freelance cretin, attached to the Conservative Party. Ken Livingstone is an activist with the small Trotskyite sect, Socialist Action, and well known as a vocal supporter of the outspoken racist, Yusuf Al Qaradawi. But perhaps the Fabians are sufficently broad a church, these days, to encompass both these extremes.

However what are the Fabians thinking in providing a platform to Rod Liddle, a man who – rhetorically speaking – is a far Right race-baiter.

Here is his latest offering:

The first of an occasional series – those benefits of a multi-cultural Britain in full. Let me introduce you all to this human filth.

It could be an anomaly, of course. But it isn’t. The overwhelming majority of street crime, knife crime, gun crime, robbery and crimes of sexual violence in London is carried out by young men from the African-Caribbean community. Of course, in return, we have rap music, goat curry and a far more vibrant and diverse understanding of cultures which were once alien to us. For which, many thanks.

I can only assume that Liddle is on drugs, or is having some sort of breakdown: in which case he has an excuse.

But what on earth is he doing at the Fabians New Year Conference? 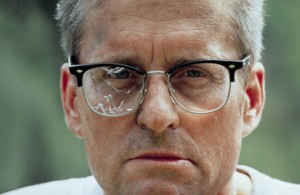