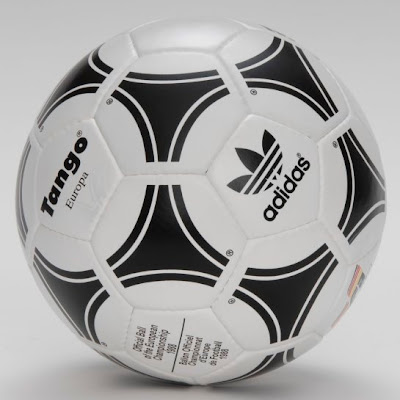 When I was ten, there were only three things I really wanted in my life.

The first was my parents to get back together. They’d just divorced and I was having to get used to spending half the week at my mum’s new house, the other half with my dad in the home I’d grown up in. Walking around with an Adidas holdall filled with washed/unwashed clothes and schoolboy crap not only ripped my shoulder to bits, but also made me look like a member of the IRA looking for somewhere to deposit a bomb.

The second and third things were more tangible, but just as unlikely to materialise: the Tango football and the World Cup football boot.

At that age I was obsessed with football. I played it twice a week for the cubs and school, went to Anfield as often as my dad would take me (being lower middle class I wasn’t allowed to go on my own yet) and devoured every appearance of the game, from Harry Carpenter’s Sportsnight to The Big Match on ITV. But what I yearned for more than anything else was the World Cup to come around. And in 1982, it did.

For a month I gorged on the football played in Spain. Feasted on it. Indulged my passion for the game with a lust previously unknown to me. And at the centre of every game was the Adidas Tango, the most beautiful football in the world.

No one at the local park had a Tango. Usually we played with a battered “casey”, a leather imitation of the Adidas Telstar with the black and white panels peeled off, or even worse, an orange Tornado, a hard, plastic job that gave you a dead leg when it clattered into your bare thighs on Saturday mornings. Tangos were for pros, not us.

And yet they could be bought. I’d seen one in the window of my local sports shop, sitting there, a vision of beauty a galaxy away from anything I could ever afford. And to make it worse, in the next display was that other great football icon of the age, the Adidas World Cup ’82 boot. It was torture. 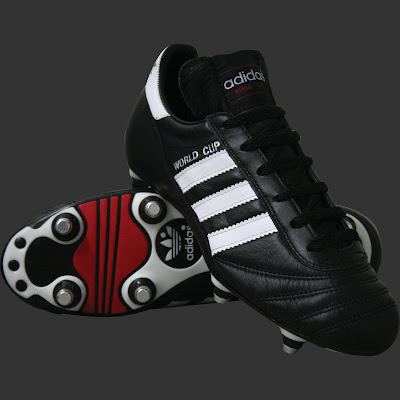 The World Cup was just better than anything else around at that time. In fact, 27 years after, it still is. Not only did have the softest upper, quilted around the toe for better torsion (apparently), it boasted a sole so beautiful I’d spend hours gazing at it. Perfectly proportioned in red, white and black, at its very centre was the Adidas trefoil, still the greatest logo in the history of sporting design. But, like the Tango, it too was out of my grasp – the price of £32 too steep for everyone but the most indulged of children.

It hurt me that at the moment when I needed them most (and I did need them) the Tango and World Cup boot could never be mine.

Of course, time – and other things, like girls and music – took away my yearning for these wonders, but they’d appear in my mind occasionally, reminders of an age when I was on the cusp of adolescence and wanted objects that reflected my changing status.

A year or two ago, I did what I’d always promised I’d do when I could afford it: I finally bought myself a pair of World Cups. They sit in my wardrobe today, brought out for when I play one of my occasional games. The leather is as soft as I remembered (it’s kangaroo hide), the sole looks as timeless as ever and when I put them on, I get an inner glow that lasts for the duration of the match.

I haven’t got round to buying a Tango yet, but when I get a place with a garden – and maybe produce a child – it’s on the list. Right at the top.

I’m still working on getting the folks back together.