They’ve only gone and invited Ben White to speak about water politics in the Middle East.

A change to Israel’s water policy is urgently needed so that Palestinians can access more water and that water resources are allocated in a fair and non-discriminatory manner. Please join us for this discussion with Ben White, followed by a reception and Q&A

Amnesty also promote Ben White’s book, which contains a citation to the work of Holocaust denier Roger Garaudy. Ben White also understands why some people are anti-Semites, although doesn’t consider himself to be one, which is nice.

Now, when it comes to water in the Middle East, I do realise that everyone is out for what they can get. King Hussein of Jordan once famously remarked that he’d only go to war with Israel for water. Israel, the Palestinian Authority, Syria, Lebanon and Jordan are scrapping for the Middle East’s most precious resource, which must be distributed fairly.

The only sensible strategy for Middle Eastern countries to adopt is to develop multilateral, ecologically sustainable transnational approaches, and work together. This however is difficult to do given present political tensions.

Millions are affected by droughts in Turkey, Jordan and particularly Syria. The situation is not getting any better, and without enough rainfall, it is difficult to see how Middle Eastern countries can move forward on this issue. What we need, then, are people with innovative ideas as to how to best encourage co-operation between Middle Eastern countries, and find new approaches to water politics in the Middle East.

Therefore, I don’t think Amnesty are helping anyone by inviting a speaker who seems to think:

Promoting a commentator as polemical as Ben White is not going to achieve anything, and it’s a shame to see Amnesty doing so.We need some bright ideas.

Perhaps something like OneWater could work in a Middle Eastern context. 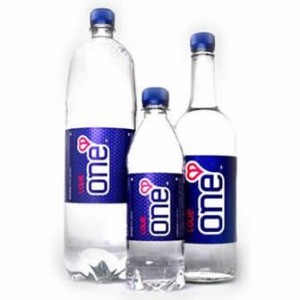 habibi adds: as if the antisemitic troofers the Christisons and pathetic polemicist Ben White weren’t enough, in other Amnesty UK news, tomorrow the Norwich branch will host Moazzam Begg, long a favourite of the organisation.

Begg has a record of extremism stretching back to the 1990s and is a fan of al Qaeda preacher Anwar al Awlaki, whom his Cage Prisoners group calls “inspirational”. The perfect poster boy for human rights, Mr Begg, oh yes.

Later this month an annual lecture will be delivered in Belfast. Whom has the nominally neutral human rights group chosen? Um, Noam Chomsky.

It pains me that the Taliban employed these series of bomb explosion to press home their demands when there were other peaceful means to achieve their objectives. If they so much believe in their vision and mission, they should persuade and lobby the Pakistani and Afghan people to form a party and thereafter, contest and win their elections. They can then advance to pursue developments and their philosophy diplomatically. All these bloodshed, threat and horrors they are spreading like wildfire do not make sense or give them a good reputation.

After winning the respective countries’ (Pakistan and Afghanistan) election, they can advance to win their Muslim and Arab neighbours/brethren. If they can win Pakistani and Afghanistan elections fairly and win their Arab or Muslim neighbours collectively, what stops them from advancing to the United Nations Assembly to pursue their goals, dreams, philosophy and practical pursuit. All these can’t be achieved just on a day, year or decade. It will take years and years if not hundred of years. Those who start it might not finish it but at least there should be a game plan to last years.

Please, Taliban, change your approach to the achievement of your philosophy and dreams. Give peace a chance. Adopt peaceful and non-violent means in your drives and halt the present menace plaguing the region.