The “Stop the War Coalition” (StWC) regularly republishes articles on its website. Here is one bigging up Ahmadinejad:

The continuous efforts of theff world’s two militarist-aggressor states–the United States and Israel–to demonize Iran was addressed by Ahmadinejad in his speech to the UN General Assembly (September 23). Ahmadinejad spoke of the assault on human dignity and spiritual values by the selfish material interests of the US and its puppet states. Seeking hegemony “under the mantle of freedom,” the US and its puppets use “the ugliest methods of intimidation and deceit” to disguise that they are “the first who violate” the fundamental principles that they espouse and apply to others.

Why, Ahmadinejad asked the UN General Assembly, do the countries of the world sit there while Israel murders and dispossesses the Palestinian people?

Why, asked Ahmadinejad, do the countries of the world sit there while the US, from thousands of miles away, sends troops to the Middle East, “spreading war, bloodshed, aggression, terror and intimidation in the whole region,” while blaming the countries that are suffering the West’s naked aggression?

Ahmadinejad told the General Assembly what most of the UN representatives already know, that “selfishness and insatiable greed have taken the place of such humanitarian concepts as love, sacrifice, dignity, and justice. . . . Lies have taken the place of honesty; hypocrisy has replaced integrity, and selfishness has taken the place of sacrifice. Deception in foreign affairs is called foresight and statesmanship, looting the wealth of other nations is called development efforts; occupation is said to be a gift that promotes freedom and democracy; and defenseless nations are subjected to repression in the name of defending human rights.”

It could not be put any clearer. However, if Ahmadinejad’s speech is reported by the US print and TV media, statements will be taken out of context and used to enrage the conservatives and Christian Zionists in order to unify them behind the Obama/Israeli assault on Iran. America will not be satisfied until, like Rome, she has more enemies and more wars than she can survive.

Who is the author? A doggedly deluded left wing European pacifist?

No, it is Paul Craig Roberts, a far right American nutter.

The Muslim Association of Britain, long an ally of the “Stop the War Coalition”, has also republished one of Roberts’s screeds.

No wonder. He has, well, a few issues with Jews. Here are some quotes:

“Why is the U.S. making itself impotent fighting wars that have nothing whatsoever to do with its security, wars that are, in fact, threatening its security? The answer is that the military/security lobby, the financial gangsters, and AIPAC rule. The American people be damned.”

“As soon as [Rahm Emanuel] gets the Hate Crimes Prevention Act of 2009 passed, it will become a crime for any American to tell the truth about Israel’s treatment of Palestinians and theft of their lands… It will be a crime to doubt the Holocaust. It will become a crime to note the disproportionate representation of Jews in the media, finance, and foreign policy. In other words, it means the end of free speech, free inquiry, and the First Amendment to the Constitution. Any facts or truths that cast aspersion upon Israel will simply be banned… Criminalizing criticism of Israel destroys any hope of America having an independent foreign policy in the Middle East that serves American rather than Israeli interests… To keep American minds captive, the Lobby is working to ban as anti-Semitic any truth or disagreeable fact that pertains to Israel.”

“Today the U.S. media is owned by 5 giant companies in which pro-Zionist Jews have disproportionate influence.”

Here is one way to assess just how deeply mired in the far right racist swamp a man is. Check if he has appeared on the radio show of Daryl Bradford Smith, an American antisemitic lunatic whose friendly chats (sticking with the theme here) with Sabah al Mukhtar, one of two trustees of George Galloway’s Hamas support operation, sorry, I mean charity, have been covered here before.

Sure enough, up crops Mr Roberts, ranting with Smith about the conspiracies of the Federal Emergency Management Agency (FEMA). You can listen to him here. The segment starting at 28 minutes in is especially entertaining. There Roberts says:

I think the populations of most of the civilised countries of the world have let their own countries go down the tubes to the point where it’s become a global socialist society. It’s all by design and it has a lot of power behind it. It’s a beast that eats its young.

At 30:20 in Roberts offers his own mantra: stock up on “beans, bullets, bandages and Bibles”. He follows up with a threat of death to federal officials who interfere with one’s survivalist stocks.

Hmm, do the “Respect” party, or British “revolutionary socialists” for that matter, have their own militias?

This is not the first time the “Stop the War Coalition” has republished the work of American far right racists. Here’s another article by Mr Roberts, republished by the StWC on the same day as the article quoted above:

Ali Akbar Dareini, an Associated Press writer, reported, incorrectly, over AP: “The presence of a second uranium-enrichment site that could potentially produce material for a nuclear weapon has provided one of the strongest indications yet that Iran has something to hide.” Dareini went on to write that “the existence of the secret site was first revealed by Western intelligence officials and diplomats on Friday.” Dareini is mistaken. We learned of the facility when the IAEA announced that Iran had reported the facility the previous Monday in keeping with the safeguards agreement.

Dareini’s untruthful report of “a secret underground uranium enrichment facility whose existence has been hidden from international inspectors for years” helped to heighten the orchestrated alarm.

Who needs intelligence officers and the press when you have Paul Craig Roberts?

The StWC added this charming Uncle Tom stylee image to that article: 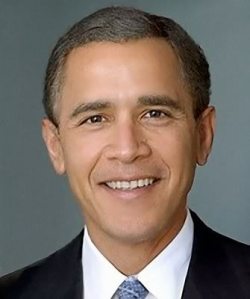 Think of it, President Obama. Think how it would be for you and your wife and your children to grow up under a regime worse than existed in the old Deep South here, far worse than the one that existed under apartheid in the old South Africa, far worse and far more murderous even than would have existed in the US had a government dominated by the Ku Klux Klan (KKK) come into existence. Think of that, and feel in your bones what Palestinians feel under Israeli oppression.

Here, on another website, Sabrosky lets it all hang out:

Israel itself is a fascinating case study in the principle that people often acquire the worst habits of their oppressors, for the dominant Israeli attitude — openly expressed in their English-language press and blogs, and on news websites outside of the US where criticism of Israel is still permissible — views Arabs generally and Palestinians in particular much the way their last oppressors viewed Jews. Certainly, state-sponsored military Schrecklichkeit (“frightfulness” or “terror”) by these “kosher Nazis” is at the core of their policy towards Palestine, which apparently assumes that if they kill enough Palestinian children and make life sufficiently miserable for the rest, the Palestinians will finally succumb and serve their masters — “ethnic cleansing” these days just being so messy diplomatically. And even when an Israeli government comes to power whose key leaders — Netanyahu and Lieberman — make the neo-Nazi NPD in Germany seem almost moderate, and apartheid-era South Africa look positively liberal, no government in Europe or the United States dares say so and act accordingly. What we get instead is yet another Holocaust memorial, intended less to try to excuse what Jews do to Palestinians today, than to humiliate Europeans and Americans by reminding them of what they did (or did not do) during the Holocaust, as a way of encouraging them to keep out of Israel’s affairs today. And so far it works for them.

“As for the United States, the Jewish lobbies together constitute another fascinating case study in history’s only successful takeover of a major power’s central government from within by a domestic Fifth Column, serving the interests of a foreign country. Money, manipulation of political appointments, and management of news and views are the name of the dominance game, and it is a game Jerusalem has played expertly.”

The “Stop the War Coalition” will stage a “Troops Home Now” demonstration in London on October 24. Perhaps its members should dress for success. 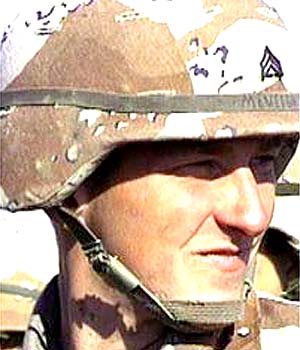 Gene adds: Even if, as I suspect, the Stop the War Coalition doesn’t care about Paul Craig Roberts’s antisemitism, they might be interested to know they are promoting the views of a staunch supporter of the late Chilean dictator Augusto Pinochet.

Not the first time they’ve had a problem with their sources.