There is an article by Thomas Friedman in the New York Times in which he compared the bellicose and even insurrectionist atmosphere created by the mainstream Israeli Right towards Rabin, with the viciousness directed at Obama by the mainstream US Right. As we all know, Rabin was slaughtered by an Israeli extremist.

Friedman’s thesis has a certain resonance, in the light of an article by Newsmax columnist, John Perry, published and then quickly pulled a few days ago.  Newsmax is a pretty mainstream conservative site, whose contributors have an impressive pedigree on the US centre-right, as far as I can see. Perry himself is described as a “a prize-winning newspaper editor and writer who served on White House staffs of two presidents”.

Although Newsmax has now pulled the piece, Media Matters and Little Green Footballs have dragged it out of the Google cache and republished it. You should read it all – but here is Perry’s conclusion:

Will the day come when patriotic general and flag officers sit down with the president, or with those who control him, and work out the national equivalent of a “family intervention,” with some form of limited, shared responsibility?

Imagine a bloodless coup to restore and defend the Constitution through an interim administration that would do the serious business of governing and defending the nation. Skilled, military-trained, nation-builders would replace accountability-challenged, radical-left commissars. Having bonded with his twin teleprompters, the president would be detailed for ceremonial speech-making.

Military intervention is what Obama’s exponentially accelerating agenda for “fundamental change” toward a Marxist state is inviting upon America. A coup is not an ideal option, but Obama’s radical ideal is not acceptable or reversible.

Unthinkable? Then think up an alternative, non-violent solution to the Obama problem. Just don’t shrug and say, “We can always worry about that later.”

In the 2008 election, that was the wistful, self-indulgent, indifferent reliance on abnegation of personal responsibility that has sunk the nation into this morass.

Cut that any way you want – this is fantasising about a military coup in America.

Now, much of our focus on Harry’s Place has been on the extent to which the centre Left has become infected with the fanaticism and insanity of the far Left. So, we’ve had newspapers like the Guardian offering op eds to Muslim Brotherhood writers and unapologetic Stalinists such as Seauauauamus Milne. They all have their little dreams of revolution. But, by and large, the worst we’ve had from them is ‘victory to the resistance’ and nonsense about war crimes trials for Britain’s leaders.

To find a mainstream Republican site, seriously advancing a military coup as a solution to the ‘Obama problem’ goes well beyond that, and is both depressing and more than a little frightening. 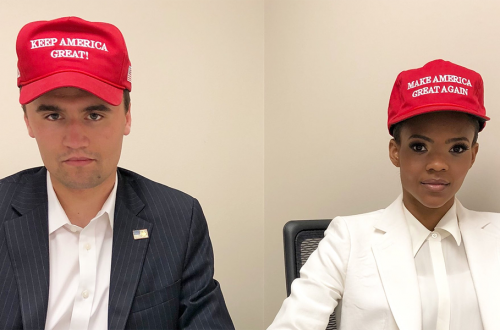