Tony Greenstein has the heebie-jeebies over the Socialist Action infiltration and takeover of the Palestine Solidarity Campaign.

Like most TG posts, this one rambles on for a few thousand words. However, here are the important parts.

We have in the past year published 3 articles 1 2 3 which have focussed on the increasingly successful attempts of a tiny group of what have been termed Political Freemasons, Socialist Action, to take over the political and administrative machinery of PSC.

Why have we published these concerns? Not because we want a sectarian bunfight. Far from it. But because we know that if a small and tiny unrepresentative group like SA controls PSC, then the policy and tactics of PSC will be dominated not by the concerns and needs of the Palestinians but the ambitions and tactics of the gurus of Socialist Action. The same gurus who surrounded Ken Livingstone with their placemen such as Redmond O’Neill (Venezuelan Solidarity Campaign, John Ross (gone to new pastures entirely) and Jude Woodward (gone goodness knows where!).

Indeed all the evidence suggests that it is a goal of Socialist Action to effectively take-over the functioning of a number of solidarity campaigns as part of their longer-term political goals.

The majority political group that now controls PSC Executive, if ‘political’ be the right term, all originate from the split in the International Marxist Group in 1985. The IMG split into basically three fragments. One, Socialist International (Outlook/Resistance led by Alan Thornett) became the inheritor of the 4th International mantle. Another, led by Brian Grogan ‘the Castroites’ called itself the Communist League. It was a group that effectively abandoned the concept of class. National liberation struggles where all classes participate equally (but the richest benefit most!) were the aim. It is this which explains the silence over the collaboration with Israel and the CIA by the Palestinian authority. This group is believed to have contained Trade Union Officer, Bernard and Carole Regan and General Secretary Betty Hunter. The third group is the most corrupt of all. Socialist Action was the largest fragment that resulted from the split. Led by John Ross, it submerged into the Labour Party and effectively provided Ken Livingstone’s political cabinet.

Today Socialist Action produces neither a political newspaper nor does it have any kind of web presence. It is, in the words of one attendee at the Birmingham meeting (below), a group of Political Freemasons, friends who originate in a political group whose sole purpose now is to provide for each other.

On August 8th after consultations and discussions between a number of different people, whose politics are not homogenous, a meeting was held in Birmingham at very short notice. One result was the apologies for the meeting almost outnumbered the attendees. But the resultant discussion was entirely constructive. A joint letter was produced to which 13 people added their names, including two of the original founders of PSC.

The signatories agreed that the letter would remain private within PSC and thus I will not be publishing it. It was sent to the Executive of PSC in order that it could begin a process of discussion and debate which would lead to a transformation in PSC and an awakening of the membership. Politics and strategy should be something that all the membership should discuss and not be left to a caucus within PSC’s Executive. PSC should decide its strategy not an external group who have their own fish to fry.

Tony’s main gripe seems to be that Socialist Action has carved out the Socialist Workers Party, but has worked with Stalinists whose crime (shock horror!) is that the USSR briefly supported Israel:

But more than anything else Palestine Solidarity Campaign has to reconnect with the movement. Under the current leadership, PSC has gained a reputation for being extremely sectarian to other groups on the left or in the wider solidarity movement. It has for example carved out the SWP, whose Stop the War Coalition boosted indeed built the massive Gaza demonstrations in January, from the Executive whilst at the same time reaching out to the Stalinists of the Morning Star group. People whose political lineage is that of support for the Israeli state (the Soviet Union under Stalin, in May 1948, became the first country to recognise the Israeli State as it perpetrated its massacres and expulsions).

Anyhow, here are some pictures of Gaza: 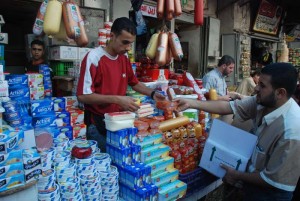 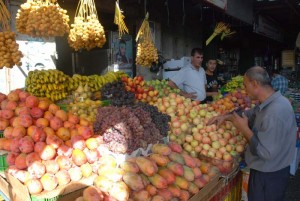 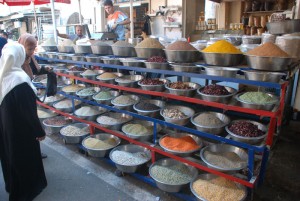 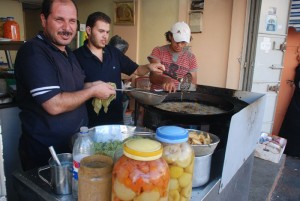 And here is a picture of yesterday’s Ramadan breakfast, hosted by Islamic Jihad, for families of Gaza “martyrs”: 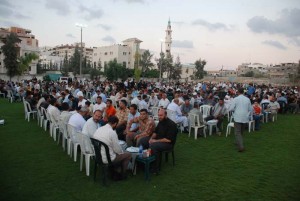