In 2004, Iran’s Sahar 1 TV station aired a weekly dramatic series called “Zahra’s Blue Eyes,” about an Israeli government program to steal eyes and other organs from Palestinian children. I have no idea if the series was broadcast in other Middle Eastern countries, but it wouldn’t shock me. [Update: In fact it was dubbed into Arabic.]

You can watch clips from the series here. You can also watch an interview with the producer, Ahmad Mir-‘Alaii, in which he asserts (based on information he says he received from anti-Zionist Jews, among others) the following:

There is a white ship sailing the oceans. It doesn’t enter the territorial waters of Iran or similar countries. Our Arab brothers must look out for this ship. In it [the Zionists] hold children only one or two years old, who don’t know anything. These are children no one cared for. They are kidnapped by various means under the pretext of wanting to take care of them. These children are held on this ship, and no one knows their fate. They become teenagers, not knowing what their fate will be. They receive the best medical care and are under constant physical monitoring and supervision. Why do [the Zionists] give them such care? To use them for medical purposes. They use the heart, the kidneys, and their other organs.

So it seems the Swedish newspaper Aftonbladet is several years late in reporting the “organ harvesting of Palestinians” blood libel. At least Aftonbladet hasn’t mentioned a white ship. Yet.

In 2006, The Valley of the Wolves: Iraq broke box office records, and was praised by politicians and public figures alike. Here is part of its plot:

The film features a U.S. Army doctor (Gary Busey) who removes organs from injured civilian prisoners to sell to rich people in New York, London and Tel Aviv for transplantation. At one point, this character discusses religion with Marshall and it is strongly implied that the doctor is Jewish-American.

It is apt that we draw parallels with the Protocols of the Elders of Zion.

Both started life as works of fiction. This is the unlikely origin of the POTEoZ:

Elements of the text in the Protocols were plagiarizations from the 1864 book, Dialogue aux enfers entre Machiavel et Montesquieu (Dialogue in Hell Between Machiavelli and Montesquieu), written by the French satirist Maurice Joly. Joly’s work attacks the political ambitions of Napoleon III using Machiavelli as a diabolical plotter in Hell as a stand-in for Napoleon’s views. Joly himself appears to have borrowed material from a popular novel by Eugène Sue, The Mysteries of the People, in which the plotters were Jesuits. Jews do not appear in either work. Since it was illegal to criticize the monarchy, Joly had the pamphlet printed in Belgium, then tried to smuggle it back into France. The police confiscated as many copies as they could, and it was banned. After it was traced to Joly, he was tried on April 25, 1865, and sentenced to 15 months in prison at Sainte-Pelagie. Joly committed suicide in 1878.

Both were validated by seemingly responsible newspapers. Indeed, Henry Ford was a major populariser of the former lie:

In the single year of 1920, five editions sold out in England. That same year, in the United States, Henry Ford sponsored the printing of 500,000 copies, and, from 1920 to 1922, published a series of antisemitic articles entitled “The International Jew: The World’s Foremost Problem,” in The Dearborn Independent, a newspaper he owned. In 1921, Ford cited evidence of a Jewish threat: “The only statement I care to make about the Protocols is that they fit in with what is going on. They are 16 years old, and they have fitted the world situation up to this time.” In 1927, however, the courts ordered Ford to retract his publication and apologize; he complied, claiming his assistants had duped him. Later in life, however, he expressed his admiration for Nazi Germany.

It was The Times which ultimately debunked this fraud. 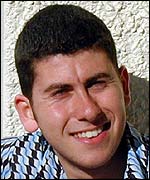 A Scots family whose son was killed in a suicide bombing in Tel Aviv have donated his kidney to a young Palestinian girl.

The Maariv Daily newspaper says the seven-year-old girl had been waiting two years for a suitable organ.

The family of Yoni Jesner, a student from Glasgow, donated one of his kidneys to Yasmin Abu Ramila from east Jerusalem.

Yoni suffered serious head injuries in last Thursday’s blast which killed six other people, including the Palestinian bomber. He later died in the Ichilov Hospital after his parents consented to his life support machine being switched off.