The University and College Union has come out in defence of Iranian students and academics, who have been a particular target of persecution by the Islamic Republic in the past weeks:

UCU has condemned the Iranian government after 70 university professors were arrested as part of the state’s crackdown on opposition protestors.

The academics were held yesterday (Thursday) after meeting the pro-reformist candidate Mr Mousavi, who has accused President Mahmoud Ahmadinejad of rigging this month’s national elections.

UCU general secretary Sally Hunt will today join workers from across London to attend a protest outside the Iranian Embassy against the harsh treatment of trade unionists and teachers.

UCU general secretary Sally Hunt said: ‘The actions of the Iranian government are completely deplorable and must be condemned by the international community. It is deeply disturbing that academics are being targeted by the state for meeting with opposition leaders. It is criminal that their rights to free speech and assembly are being violated in this way.

‘It seems that anyone who voices dissent is under threat of violence and intimidation from the state police and militia. Independent unions are being brutally repressed, their leaders flung in jail and their protests broken up. The Iranian government must immediately release all imprisoned Iranian trade unionists, including teacher Farzad Kamangar, and unconditionally recognise all independent workers’ organisations in Iran.’

This is precisely what a trade union should be doing, and the UCU should be congratulated on its position on this issue.

Now, let’s have a look at the UCU Activists List. What issues have been preoccupying the comrades in the few weeks since June 12.

On the day of the stolen election, Haim Bresheeth, Professor of Watching Telly at the University of Polytechnic posted a youtube video in which Alexi Sayle sings a cover of a Leonard Cohen song, “cleverly” adapted into an attack on the man for playing a concert in Israel.

On June 13, as protests were erupting all over Iran, this is what was worrying the UCU Activists List:

Just to say that I have known Sean [Wallis] for a good few years. He is actively and creatively supportive of those who are in a vulnerable position, or are treated unfairly, and I am sure he would be among the first to combat anti-semitism or any kind of racism.

Nobody had anything to say on June 14. On June 15 however there were some post about a student occupation at SOAS in solidarity with some cleaners who were detained in relation to immigration issues. Sue Blackwell also posted a video of some Palestinians at Israeli checkpoints.

On June 16, as students and academics in Iran were getting the crap beaten out of them by fascist thugs, for having the temerity to ask for their votes to be counted, the Activists List was busy discussing the SOAS occupation and… well, you can guess. Here’s Haim Bresheeth again:

Seems that not only in Britain does the government operate in illegal and outrageous ways (see SOAS messages over the last couple of days!) but also in Canada. Please read and send to any who may benefit.
Haim
—— Forwarded Message
From: Mary-Jo Nadeau
Date: Tue, 16 Jun 2009 12:35:35 -0400
To:
Subject: Callout: protest attacks on Academic Freedom and free expression on Palestine – Thurs. June 18, Cambridge ON

-Against political interference by government in the legitimate autonomy of SSHRC (Social Sciences and Humanities Research Council)
-Against McCarthyist silencing of critical voices on Palestine/Israel
-Against the Conservative Party’s attack on Canada’s critical and artistic communities and institutions
-For academic freedom, and freedom of speech around Palestinian rights
-For fully funded post-secondary education
-For Goodyear’s immediate resignation…

This all about the York University (the Canadian one) “fuck the yids” hatefest. You can read about it  here.

There then follows a discussion between Mike Cushman and Eva Bartlett, who is in Gaza, about their “Scholarships for Hamas” campaign.

On June 17, the UCU Activist list discussed a Green Jobs Commission, forced access to emails (a legitimate concern), and the fate of some young Pakistani men who had entered Britain on student visas and were then arrested in relation to suspected terrorist offences, before being lined up for deportation when the evidence failed to pass muster.

On June 18, the sole topic of conversation was forced access to emails.

On June 19, as well as the email issue, there was some discussion of the best way to boycott the Points Based Immigration System. We learn that a blog called “We Are Not Border Agents” has been set up.

On June 20, a young student of Islamic philosophy at Azad University was murdered by the Islamic Republic. Her name was Neda Agha-Soltan. 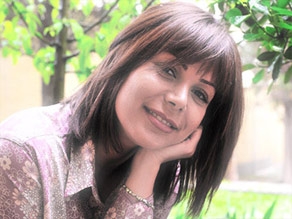 On that day, Sue Blackwell circulated some helpful tips on filling out your income tax form.

There is no solidarity with Iran on the UCU Activists List.