Apparently Alan Hart threatens to sue people who accuse him of antisemitism.

As well he should. What could possibly be wrong with the astute insights one finds in his work? Like this entry on his blog, for example, about his PressTV interview of journalist Abdel Bari Atwan:

My guest for this week’s programme is Abdel Bari Atwan.

He is the Palestinian editor-in-chief of Al Quds Al Arabi, which is published here in London and is the only Arab newspaper free to criticise the regimes of the existing Arab Order.

Abdel Bari is respected and admired by many in the mainstream Western media, but its broadcasting institutions, including the BBC, allow Israeli leaders to veto his participation in their programmes.

Talking about Iran’s nuclear capability on ANB Lebanese television on June 27, Abd Al-Bari Atwan, editor-in-chief of Al-Quds Al-Arabi newspaper, said, “If the Iranian missiles strike Israel, by Allah, I will go to Trafalgar Square and dance with delight.”

This Saturday Mr Hart will speak at the East London Mosque’s London Muslim Centre. His fellow speaker will be Anas al Tikriti, who supports attacks on coalition troops in Iraq.

Now there are two men who know their market. 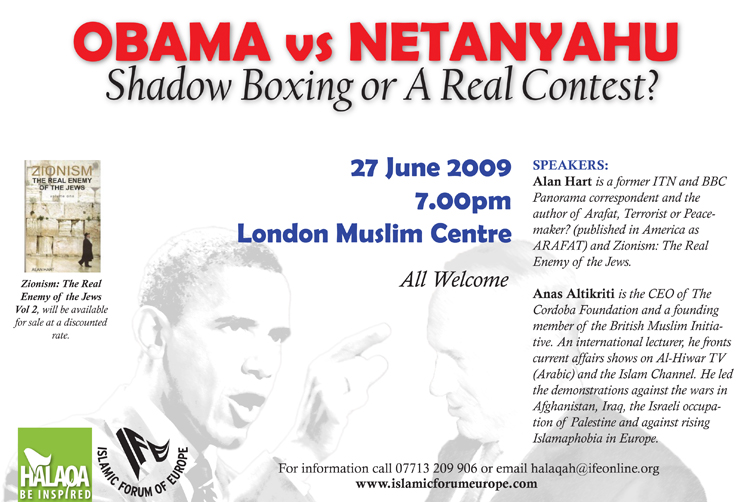