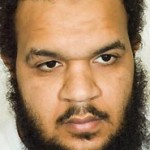 Perhaps Abbas Taj should consider himself a lucky man.

He is a trustee of Muslim Prisoner Support Group, a British charity. It campaigns for convicted and suspected Islamist terrorists and supporters of terrorism, such as Omar Abdel Rahman and Babar Ahmad (pdf).

Well, Taj needs the services of his own outfit now. He has been found guilty of firebombing the London home of publisher Martin Rynja in September 2008.

Rynja planned to publish the novel Jewel of Medina. Abbas Taj and his accomplices Ali Beheshti and Abrar Mirza chose fire as his punishment.

Fortunately the police were all over the trio. Officers followed them on the night of the attack and arrested Beheshti and Mirza at the scene. The fire was quickly put out.

The men were under surveillance by police who had warned Martin Rynja, 43, and his partner, to move out of their four-storey townhouse, which had an office in the basement.

Taj’s car, a Honda Accord, had been bugged by officers and their conversation was recorded as they drove to the square.

Beheshti was heard asking Taj: “You wanna be the emir [leader], yeh?” and Taj replied: “That would be you.”

“You know what we gotta do, anyway, innit?” Beheshti added.

In the early hours of September 27 last year the three men were observed driving twice through the square in Islington before Beheshti and Mirza approached the front door with a petrol can in a white plastic bag, poured diesel fuel through the letter box and used a disposable lighter to set it on fire.

Taj was the driver of the getaway car. He fled from the scene but was stopped by armed officers minutes later near Angel Tube station.

The evidence against Beheshti and Mirza was so overwhelming that both men decided to plead guilty. Now Taj’s attempt at a legal getaway – he pleaded innocent, saying he had only given his accomplices “a lift” and did not know what they planned to do – has failed.

This was excellent police work, though it must be said that the suspects were comically easy to spot as potential troublemakers:

Beheshti, unemployed, from Ilford, East London, was a former member of the radical group al-Muhajiroun who had burned himself on a demonstration in May 2005 when he set light to a picture of George Bush.

Calling himself Abu Jihad, he also took his 20-month old daughter, dressed in an “I love al-Qaida” hat, to the protests against the Danish cartoons of the Prophet Mohammed in 2006.

Taj, a trustee of the Muslim Prisoner Support Group [sic], said he had met Beheshti when the pair ran market stalls in Whitechapel Market in East London.

Excellent is not the word that springs to mind for the work of the Charity Commission. As reported here last year, another trustee of the Muslim Prisoner Support Group was Mohammed Al Ghabra, a terrorist operative. This is how the US Treasury profiles him:

Al Ghabra has organized travel to Pakistan for individuals seeking to meet with senior al Qaida individuals and to undertake jihad training. Several of these individuals have returned to the UK to engage in covert activity on behalf of al Qaida. Additionally, Al Ghabra has provided material support and facilitated the travel of UK-based individuals to Iraq to support the insurgents fight against coalition forces.

Al-Ghabra said he had attended several Respect meetings because he supported its views on Iraq and other issues. He claimed to have nominated some of its election candidates. The party said records were no longer available to confirm this.

“I don’t believe I am a member of any party, but I help people who speak for people who are oppressed. I support their (Respect’s) message. I like some of his (Galloway’s) views on the anti-war campaign, even some of his taxation ideas.”

A spokesman for Respect said: “He is not a member and we don’t know him. But we also understand that he has not been charged with any offence or convicted in a court of law.”

Al Ghabra was added to the UN al Qaeda and Taleban sanctions list in December 2006, as reported by the Bank of England at the time.

The commission has said it “was informed” of Al Ghabra’s UN designation seven months later, in July 2007. Evidently, at that point anyway, it did not cross-check Bank of England sanctions announcements against its own records of British charity trustees.

It took the commission another 15 months to decide to remove Al Ghabra as a trustee.

The charity itself was allowed to continue operations. It does not even bother to file required reports to the commission anymore, according to this record.

In this case, Abbas Taj and his accomplices were charged in October 2008, as widely reported at the time.

As far as I know, the Muslim Prisoner Support Group is not under investigation at present.

According to the video in this BBC report, Jewel of Medina will be published in October.