Here’s some news from Birmingham:

A FORMER Lord Mayor of Birmingham was today accused of telling a woman she was not a suitable inner-city Labour Party candidate because she is “white and Jewish”.

Coun Mahmood Hussain, who served as Birmingham’s first Asian Lord Mayor seven years ago, is alleged to have made the comment to Elaina Cohen who wanted to stand in the East Handsworth and Lozells by-election.

Ms Cohen, who is the former partner and current assistant to Perry Barr Labour MP Khalid Mahmood, has made an official complaint to both the Labour Party and Birmingham City Council. Today Coun Hussain denied her claim and said he would never make such a comment.

He said: “I do not think it would be appropriate for me to comment on any complaint. But I would not make those sort of comments.” Ms Cohen said in her complaint, sent to to Labour Party general secretary Ray Collins, she was “deeply hurt and shocked”.

Her claim has been backed by local community worker Lorraine Briscoe, who said she overheard what was said on a carphone speaker as Ms Cohen talked with Coun Hussain, the chairman of the Perry Barr Constituency Committee. Ms Briscoe, who runs the South Aston Community Association, claimed: “I was disgusted that a councillor could make comments like that in 2009.

“He told her ‘my Muslim members don’t want you because you are Jewish’. Elaina does a lot of good work in this community and she does not see race or religion, she just sees people.” 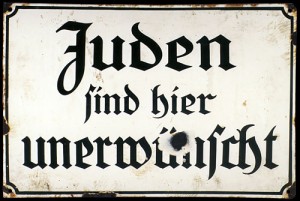