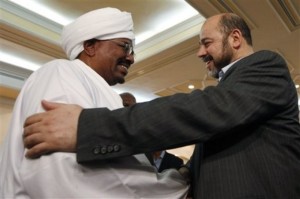 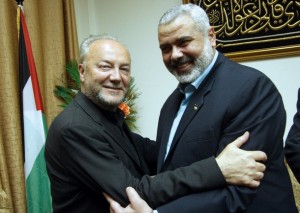 I make that one degree of separation.

“There is a shrill and cynical campaign by various neoconservative forces to use the awful suffering of the people of Darfur as a casus belli to launch a military intervention in Sudan.

The campaign is attempting to sow confusion and create division within the broad anti-war front that has been built up in Britain and the US to such an extent that it embraces the left, immigrant communities, the trade unions and much of the liberal intelligentsia.

It is vital that we do not allow the movement to be divided. At the same time, it is crucial that those of us who stand in the tradition of anti-imperialist politics patiently explain the truth about what is happening in Sudan.

Nor does the fighting fit into a Kipling-esque, neat fantasy of cunning Arabs killing helpless black Africans. There are two groups of people in the region – pastoralists and nomads – who have intermingled and lived in peace for centuries, the tranquillity broken when the society has been put under strain through famine and the like.

What’s happening today is a continuation of that pattern. It is not a genocide.”