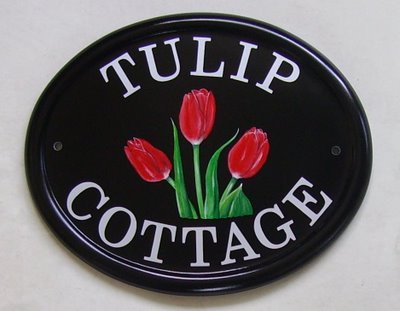 The demand for tulips of a rare species increased so much in the year 1636, that regular marts for their sale were established on the Stock Exchange of Amsterdam, in Rotterdam, Harlaem, Leyden, Alkmar, Hoorn, and other towns. Symptoms of gambling now became, for the first time, apparent. The stock-jobbers, ever on the alert for a new speculation, dealt largely in tulips, making use of all the means they so well knew how to employ, to cause fluctuations in prices. At first, as in all these gambling mania, confidence was at its height, and every body gained. The tulip-jobbers speculated in the rise and fall of the tulip stocks, and made large profits by buying when prices fell, and selling out when they rose. Many individuals grew suddenly rich. A golden bait hung temptingly out before the people, and one after the other, they rushed to the tulip-marts, like flies around a honey-pot. Every one imagined that the passion for tulips would last for ever, and that the wealthy from every part of the world would send to Holland, and pay whatever prices were asked for them. The riches of Europe would be concentrated on the shores of the Zuyder Zee, and poverty banished from the favoured clime of Holland. Nobles, citizens, farmers, mechanics, sea-men, footmen, maid-servants, even chimney-sweeps and old clothes-women, dabbled in tulips. People of all grades converted their property into cash, and invested it in flowers. Houses and lands were offered for sale at ruinously low prices, or assigned in payment of bargains made at the tulip-mart. Foreigners became smitten with the same frenzy, and money poured into Holland from all directions. The prices of the necessaries of life rose again by degrees: houses and lands, horses and carriages, and luxuries of every sort, rose in value with them, and for some months Holland seemed the very antechamber of Plutus. The operations of the trade became so extensive and so intricate, that it was found necessary to draw up a code of laws for the guidance of the dealers. Notaries and clerks were also appointed, who devoted themselves exclusively to the interests of the trade. The designation of public notary was hardly known in some towns, that of tulip-notary usurping its place. In the smaller towns, where there was no exchange, the principal tavern was usually selected as the “show-place,” where high and low traded in tulips, and confirmed their bargains over sumptuous entertainments. These dinners were sometimes attended by two or three hundred persons, and large vases of tulips, in full bloom, were placed at regular intervals upon the tables and sideboards for their gratification during the repast.

At last, however, the more prudent began to see that this folly could not last for ever. Rich people no longer bought the flowers to keep them in their gardens, but to sell them again at cent per cent profit. It was seen that somebody must lose fearfully in the end. As this conviction spread, prices fell, and never rose again. Confidence was destroyed, and a universal panic seized upon the dealers. _A_ had agreed to purchase ten _Semper Augustines_ from _B_, at four thousand florins each, at six weeks after the signing of the contract. _B_ was ready with the flowers at the appointed time; but the price had fallen to three or four hundred florins, and _A_ refused either to pay the difference or receive the tulips. Defaulters were announced day after day in all the towns of Holland. Hundreds who, a few months previously, had begun to doubt that there was such a thing as poverty in the land, suddenly found themselves the possessors of a few bulbs, which nobody would buy, even though they offered them at one quarter of the sums they had paid for them. The cry of distress resounded every where, and each man accused his neighbour. The few who had contrived to enrich themselves hid their wealth from the knowledge of their fellow-citizens, and invested it in the English or other funds. Many who, for a brief season, had emerged from the humbler walks of life, were cast back into their original obscurity. Substantial merchants were reduced almost to beggary, and many a representative of a noble line saw the fortunes of his house ruined beyond redemption.

Popular Delusions and the Madness of Crowds, by Charles Mackay. 1841.