There can be little doubt now that this government, a Labour government, is going to allow Hezbollah’s Media Relations Officer, Ibrahim Moussawi, into the United Kingdom.

Britain has taken a “step in the right direction” by signalling willingness to talk to Hezbollah, a spokesman for the Lebanese Shi’ite group said on Friday.

Britain’s Foreign Office Minister Bill Rammell said this week that his country had reconsidered its position because Hezbollah had joined a national unity government in July, formed under a deal to end a paralysing political conflict in Lebanon.

“This policy revision is a step in the right direction and we shall see how it translates in practical terms,” Hezbollah spokesman Ibrahim al-Moussawi said.

Basically, you don’t ban a group’s spokesman from entering Britain, if you’re planning to negotiate with them.  Furthermore, it has been reported that civil servants are attending the SOAS Seminar that Moussawi is entering Britain to give.

Let’s briefly recap the reasons that representatives of Hezbollah and Al Manar, and Mr Moussawi in particular, should be banned from Britain.

He has worked for some time as Hezbollah’s propagandist, working as the Head of Political Programming the fiercely and viciously antisemitic Al Manar television station.

–  broadcast “Diaspora”, a dramatisation of the Protocols of the Elders of Zion, in which Jews were depicted planning the Holocaust, and murdering children to drink their blood;

– broadcast the anti-semitic lie that Jews were pre-warned of the 9/11 attacks and escaped death;

– has been banned in Spain and in France for “inciting racial hatred”.

And this, as far as the Labour Government is concerned, is no reason to ban a person from the United Kingdom.

The position was, of course, different when it came to Geert Wilders. As you know, I supported the ban on Geert Wilders because – in calling for Muslims to be encouraged to leave the Netherlands – I felt that he had overstepped the mark.

But the obnoxious nature of Wilders’ views doesn’t even begin to compare with Moussawi’s vicious, anti-semitic, and terrorist politics. Wilders’ “Fitna” did no more than repeat the Islamist perspectives of groups like Hezbollah, with the implication that they are representative of Islam as a whole. But Moussawi actually adheres to those vicious, racist and genocidal views. His group promotes them, across the world, by means of televised propaganda and by terrorist attack: not simply in Israel but in other countries as well.

So, why the difference of approach? Why is Wilders banned, but Moussawi admitted?

The inevitable conclusion is this. This Government believes that Moussawi matters because his group is a terrorist group, which has electoral support among Lebanese Shi’ites. Were he not the representative of such group, he’d just be a bigot and a nutter, and we could safely ignore him. However, as thing stand, he is viewed as an important partner for dialogue.

And not just dialogue. There should always be dialogue, behind the scenes, and in a low key way with your enemies. Public contact, Ministerial announcements, and handshakes before cameras should be a reward for concessions. What we’re seeing here is a very public signalling that Hezbollah are now being sanitised. Hamas will be next.  And what precisely have we got in return?

This is a huge victory for Conflicts Forum and Forward Thinking: the NGOs that have been pushing for the mainstreaming of these clerical fascist groups. They’ve won. It is also a huge victory for every extremist, racist and genocidal terrorist group in the world, and an encouragement for others to follow their strategy.

There are a number of lessons to be learnt here. They are all hugely depressing: whichever way you look at them.

First of all, it has become increasingly clear that the primary reason that Wilders was banned, and the reason that no legal action is taken against groups like Interpal, and all the other Hamas supporting outfits, is – to use the Government’s favoured jargon – “community cohesion”. “Community cohesion”, in this context, means “fear of public disorder”.

If the Government had been advised that the admission of Moussawi, or the hate preacher Qadhi, or Ghoneim would be likely to endanger “community cohesion” – in the form of riots or the threat of terrorism – would they have let them in? Not a chance. They’d all have gone the way of Wilders.

Now, I can’t think of anything worse than living in a country in which the best way to get the ear of the Government is to threaten to undermine “community cohesion”. However, the Government has followed a policy which is calculated to send precisely this signal to any marginal group that wants to get its attention.

The second lesson is this. Conflicts Forum, and the Islamist lobby, are keen on drawing parallels with Northern Ireland. The lesson that we’re supposed to draw is that we need to compromise with terrorists in order to wean them off violence. The point that is made in response is that “rewarding” a party with public signalling of this sort can send out the wrong messages. The IRA in the 1970s – so it is said – thought that attempts to negotiate with them proved that their campaign of terrorism was succeeding. Peace was only achieved after the IRA was penetrated at its highest levels, and when its leadership had become middle aged and were ready for a life of being ferried around in a ministerial car.

But there has been a price to peace in Northern Ireland. The moderate parties, both Catholic and Protestant, have been destroyed. The Democratic Unionist Party and Sinn Fein have been the winners. And no surprise. If you divide politics along communalist lines, it makes perfect sense to back the party that is most intransigent in terms of its demands for your “community”.

To be honest, I greatly fear that the consequence of the adoption of this model of politics in Britain will be the weakening of the middle ground. After all – assuming that Moussawi is allowed into Britain – what this episode will show is that militancy pays. The politics of Wilders and of the BNP have been given a huge boost.

So, thank you very much, Prime Minister, for betraying the moderates. 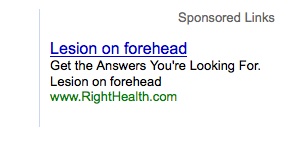