Deputy leader of the Labour Party Harriet Harman might have once been a solicitor but she’s playing fast and loose with the whole idea of the rule of law if recent comments by her are to be taken seriously.

Discussing the pension of Sir Fred Goodwin, disgraced former head of the Royal Bank of Scotland, on yesterday’s Andrew Marr Show she argued that he wasn’t entitled to the money and should give it back:

Ms Harman told the BBC that if Sir Fred, the former chief executive of RBS, did not give up the money voluntarily, “it will not be accepted and the Government will take action”.

“The Prime Minister has said it is not acceptable and therefore it will not be accepted. It might be enforceable in a court of law, this contract, but it’s not enforceable in the court of public opinion and that’s where the Government steps in.”

While I have no brief for the odious Fred the Shred who is almost certainly jointly responsible for the woeful economic mess we’re in, I do wonder about the thinking behind Harman’s comments. Isn’t she talking about retrospective legislation designed to punish an individual? Is that what parliament is really for?

If Harman think upholding the rule of law is a less important task for a former Solicitor General than chipping away at it for short-term political gain then this is more evidence that the Labour Party is heading for a lengthy spell on the opposition benches. 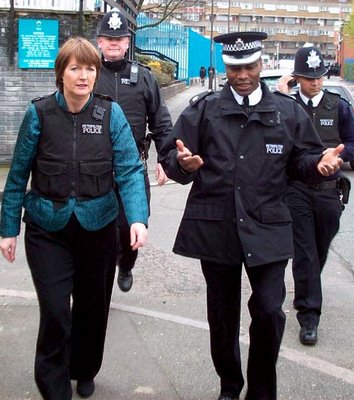