A Harry’s Place reader sends me a photograph of yesterday’s Al Muhajiroun (aka Islam4UK) march through the East End of London. 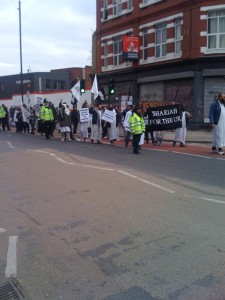 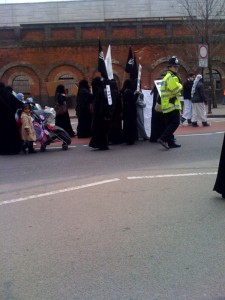 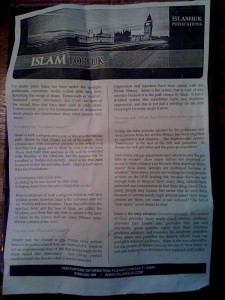 You’ll note that the telephone number on that leaflet is the same one used by Al Muhajiroun and Anjem Choudhry’s Society of Muslim Lawyers – an Al Muhaj front – in the late 1990s.

Al Muhajiroun renamed itself Al Ghurabaa, under which name it was proscribed under the Terrorism Act 2000. The only thing that has changed since then is the name of the organisation. Its personnel, aims and methods remain precisely the same.