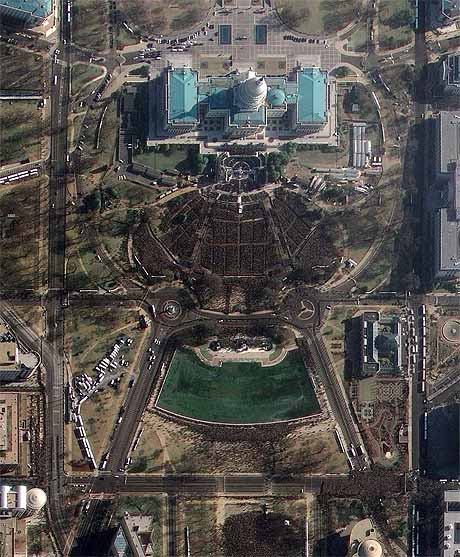 Blogger David Thompson reminds us of one angle the inauguration of Barack Obama as the 44th President of The United States wasn’t covered from: from above. Well, actually it was. He presents two images of the proceedings taken by the GeoEye-1 satellite at around 11am yesterday from a height of 423 miles.