MoreMediaNonsense has forwarded some photos he took at Saturday’s anti-Israel demonstration in London. He arrived toward the end and estimated a crowd of about 5,000. 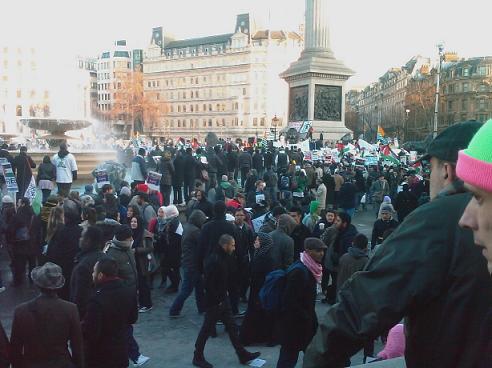 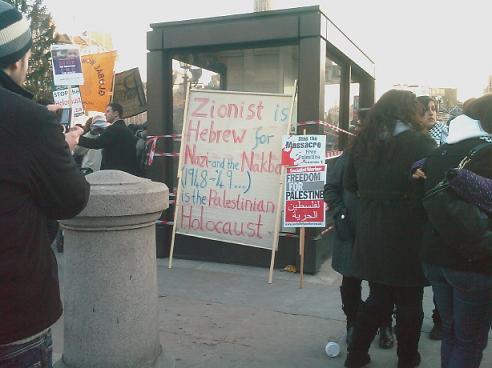 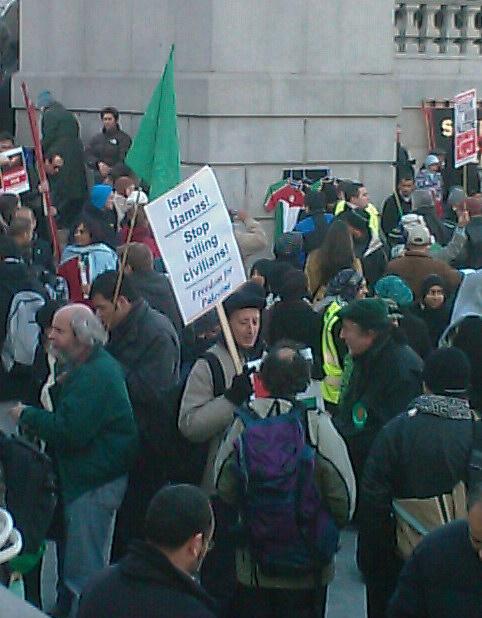 The third photo is of Peter Tatchell, who may have been the only participant with a sign mentioning Hamas’s role in the current conflict. It would be interesting to learn what kind of reactions he got from fellow demonstrators.

In George Galloway-related news, his employer, the Iranian state-controlled Press TV, is reporting that he was injured while protesting outside the Israeli embassy in London.

Update: Ben Cohen at Z-Word has more from London, including this: 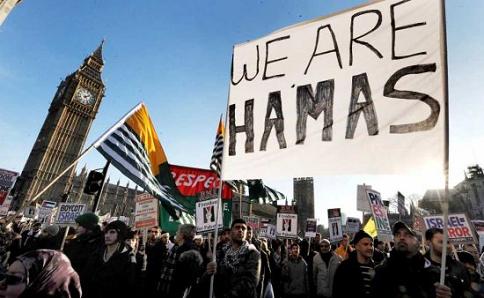 There is so much to say about that.