Israeli water cooler company Eden Springs has closed its East of Scotland depot after losing, according to a well placed industry insider, ‘hundreds of contracts’ across Scotland.  Among the major losses in recent months, in an industry that is generally expanding, are contracts with East Lothian and West Lothian Councils and Caledonian MacBrayne Ferrries, the sole link between the mainland and Scotland’s many islands.  Heriot –Watt University in Edinburgh has also cancelled  and Stevenson College, the Scottish Council of Voluntary Organisations, as well as a number of Scottish trade union and student bodies have all voted to boycott Eden springs explicitly on the grounds of their violations of international and human rights law.

I’m sure that the increasingly weird SPSC have managed to persuade some of their clueless trot mates to pass motions in their students unions. A great achievement, I’m sure you’ll agree. 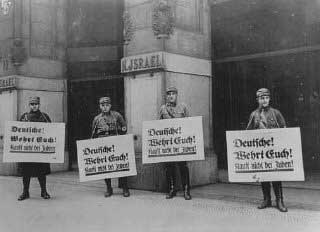 A spokesman for West Lothian Council told The Jerusalem Post: “This is a total fabrication. We did move from Eden Springs to AG Barr, but only because our contract with Eden Springs had expired on August 31. The original contract was three years and we even extended the contract for a further year. Barr’s contract is a Scotland Excel [procurement organization for local authorities] collaborative contract.”

Others have also denied the claim: East Lothian Council told the Post that they never had a contract with Eden Springs and while the company had supplied water coolers at one time, the decision to use a different supplier was based on practical factors.

“Although Eden Springs did supply East Lothian Council with water coolers, we didn’t have a contract with them,” the spokesperson said.

“The council is a member of Scotland Excel, a procurement organization for Scottish local authorities. While reviewing our services we used Scotland Excel to consider the supply of our water coolers and now have a contract with a new supplier.”

A spokesman for Caledonian MacBrayne Ferries told the Post they were “puzzled” by the claim.

“We are puzzled at the claim that we terminated our contract with Eden as a result of pressure from activists, as it was as a result of the company itself informing us that they could no longer provide water to our locations on the northwest coast of Scotland that led us to seek an alternative supplier.”

The SPSC also said that Heriot-Watt University and Stevenson College, both in Edinburgh, and the Scottish Council of Voluntary Organizations (SCVO) had also voted to boycott Eden.

A spokeswoman for Heriot-Watt University said: “Heriot-Watt did terminate a contract with Eden Springs, one of a group of suppliers providing bottled water for use in water coolers, in March 2008. This decision was made purely on the grounds of service issues relating to Eden, and was not in any way affected by political issues or calls to boycott the company.”

An SCVO spokesperson told the Post they changed suppliers a year ago and that cost had been the main reason behind for the change.

“I am informed that cost was the main reason why we changed suppliers, as there were cheaper alternatives available,” a SCVO spokesperson said.

A spokesman for Stevenson College said the claim was “incorrect,” and that the college “is continuing to use Eden Springs as our water supplier.”

If you ask me, bottled water is a waste of money.

The only bottled water I buy is Badoit, St Yorre and Vichy Catalan.