Retired Gurkhas today won their immigration test case giving them the right to settle in the UK. Previously, the Home Office had argued that those who retired before the regiment HQ relocated to the UK in 1997 were not entitled to automatic right of residency, as they could not demonstrate sufficiently strong ties to the country for which they had fought. Today in the High Court, Justice Blake ruled the Home Office guidance unlawful. He could have employed other adjectives, such as ‘ungenerous’, ‘deplorable’ and ‘shameful’, but tonight, ‘unlawful’ will do. 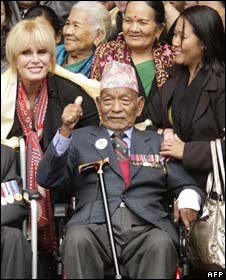