This is a guest post by Fabian from Israel

This is another story about the union between the far left and the Islamists. Quebracho, or Movimiento Patriótico Revolucionario Quebracho (Patriotic Revolutionary Movement Quebracho) is a known Argentinean marginal group characterized by violent acts in street protests, like destroying a McDonalds branch or the windows of street shops. Quebracho is like the UK’s SWP if the SWP were violent thugs and not middle-class SOAS students. 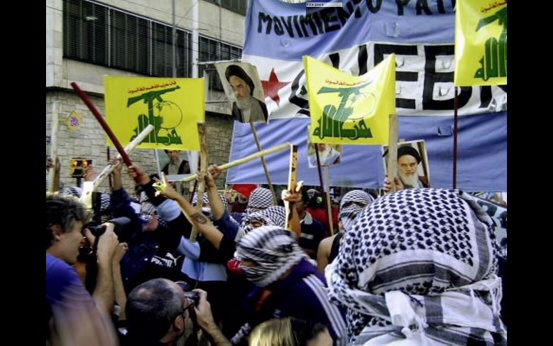 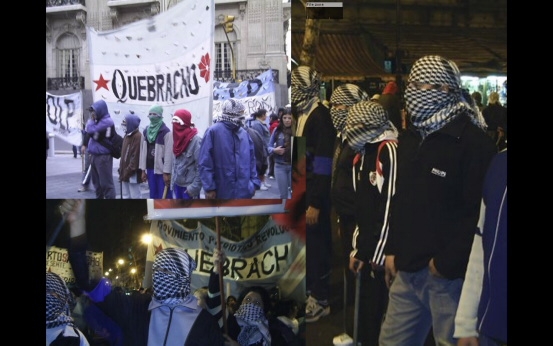 Quebracho vindicates the inheritance of two far-left 70s Argentinean groups: ERP and Montoneros and all its ideology revolves around anti-imperialism, classism and nationalism in a mix of which anti-Americanism and anti-Zionism are its two main practical outcomes.

During the last Lebanon-Israeli War, in 2006, Quebracho prevented a peaceful protest by Jewish youth groups to take place in front of the Iranian embassy, the sponsor of Hezbollah pointing to an apparent marriage of convenience between this far-left group and the Iranian theocracy, united in their anti-Americanism and anti-Zionism.

The latest news is that the union between the far-left and the far-right is closer than ever. Fernando Esteche, Quebracho’s leader, fresh out of jail for attacking and burning a stand belonging to the MPN (a provincial political party), is lecturing on “Islamic Politics” in the School of Journalism of the UNLP (La Plata National University) in which, according to him, he tries to “tear down the myths of the anglo-American discourse about the Islamic countries”. The course is optional for the Career in Journalism and it is a product of an agreement between the UNLP and the University of Teheran.

The Argentinean Jewish community is very worried about these developments which point to a growing involvement of the Iranian theocracy in Argentinean politics. I am concerned that violent anti-Semitic and anti-Israeli propaganda is being feed to young journalism students, and that the UNLP facilitates this.