I don’t doubt that this situation causes genuine anguish for some people, but I can’t help finding it creepy and rather darkly funny.

When Julie Peterson decided to have a baby on her own two years ago, she picked a tall, blond, blue-eyed Danish engineer as a sperm donor to match her own Scandinavian heritage. But when she went back to the sperm bank to use the same donor to have another child, she was stunned to discover that the federal government had made it impossible.

“I just cried,” said Peterson, 43, who lives in North Carolina. “I was in complete shock. I hadn’t thought about anything but having another baby with this donor. It was just so surprising and bewildering.”

The sperm bank had run out of vials from Peterson’s donor and could not replace them, because of restrictions health officials have instituted to protect Americans against the human form of mad cow disease. Since May 2005, the United States has effectively barred sperm banks from importing from Europe for fear it might spread the brain-ravaging pathogen that causes the affliction.

Now, as the remaining vials of Nordic semen frozen in U.S. sperm banks are running out, a small but desperate number of would-be parents are frantic…

The article goes on to note that “there is no shortage of sperm from American donors.”

I couldn’t help recalling a 1980 “Saturday Night Live” skit about “Dr. Shockley‘s House of Sperm.” Unfortunately I can’t find a video online, but here’s the transcript.

The joke is that all the customers want sperm donations from the comedian Rodney Dangerfield, who is struggling to keep up with the demand.

Frankly I can’t understand why any woman would prefer to have a child fathered by a tall, blond, blue-eyed Danish engineer if she could have one fathered by the late, great and wonderfully funny Rodney. 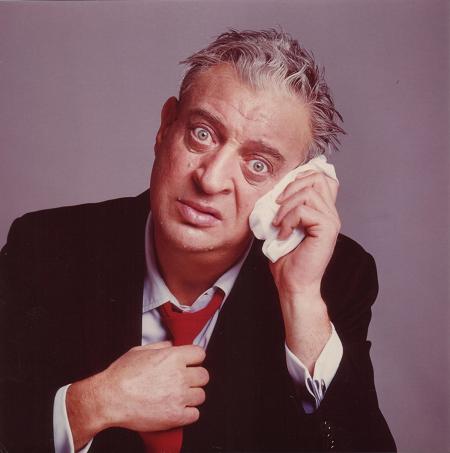